Home / business / The number of Ukrainian prisoners in “LDNR” rose

The number of Ukrainian prisoners in “LDNR” rose 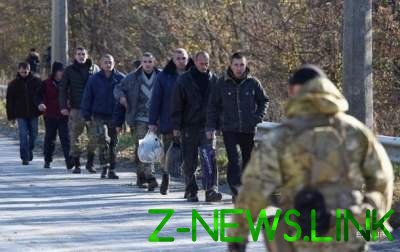 The Ukrainian side managed to establish the whereabouts of 94 people.

The number of Ukrainians being held in the breakaway LDNR, increased from 158 to 162 people. This was announced by the representative of Ukraine in the humanitarian sub-group of the trilateral contact group in Minsk Iryna Gerashchenko at a briefing in Kyiv on Friday, November 24.

“As you know, today we have, unfortunately, increases the number of hostages in the first place by Pro-Ukrainian citizens who remain in the occupied territories. They grab under false pretenses. According to the latest information I received from the security Service of Ukraine, from their center to free the hostages, where converge all the information from our military units, and from family, civil, today we have 162 hostage is in the occupied territories,” she said.

Gerashchenko added that among Ukrainians have held a journalist and three volunteers.

According to her, the Ukrainian side managed to establish the whereabouts of 94 people, although the separatists confirm the presence of a smaller number of prisoners.

“Now running a very serious work, which involves the services that are here to contribute to the release. Until the end of the year should be positive news, I hope,” said Gerashchenko.