Home / Society / The number of Russians living below the poverty line, has reached 21 million

The number of Russians living below the poverty line, has reached 21 million 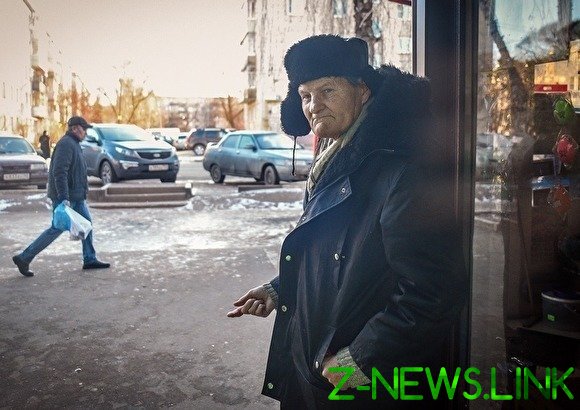 The number of Russians living below the poverty line in the first quarter of 2019 increased compared to the same period a year ago for 500 thousand persons and has reached to 21 million Such data are published by Rosstat.

We are talking about citizens whose monthly income is below the subsistence level — now it is 10753 of the ruble. According to official statistics, if at the beginning of 2018 of Russians living below the poverty line was 13.9 per cent (20.4 million) at the beginning of the current year of 14.3% (20.9 million).

The growing number of poor in Rosstat explain the new methodology estimates the cash income of the population, which was introduced in April 2019, as well as “advancing growth of the cost of living index compared to the consumer price index”.

The subsistence minimum, according to Rosstat, increased by 7.2% and consumer prices by 5.2%. The Agency added that the poverty index has a highly seasonal maximum in the first quarter and lowest in the last, when some employees are paid annual bonuses.

Real incomes of Russians are falling for the sixth consecutive year — since the annexation of Crimea and Western sanctions. By 2018, almost 20% of the population of the Russian Federation announced the reduction of salaries. This was discussed in the study of the Institute for social analysis and forecasting Ranhigs.

According to the holding “ROMIR”, the country significantly increased the number of people who save on food, clothes and entertainment. For the last two years the number of citizens planning their future in the next five to six years, reduced from 17 to 11%. Over 60% of Russians are ashamed perpetual poverty in Russia.

In late may, the press Secretary of the Russian President Dmitry Peskov said that the Kremlin is closely monitoring the situation with the General decline of incomes of Russians and realistically assess the economic situation of the citizens.

In April, Prime Minister Dmitry Medvedev acknowledged that life in Russia is “far from ideal, many people find it difficult, and some just survive.” June 20 during a straight line Vladimir Putin agreed that living Russians became heavier. Thus, according to one of the may decrees of the President of the Russian Federation, by 2024, in Russia the poverty rate should be reduced twice.