Home / WORLD / The number of children on antidepressants has soared. Is it a real crisis or one invented by psychiatrists seeking new patients?

The number of children on antidepressants has soared. Is it a real crisis or one invented by psychiatrists seeking new patients? 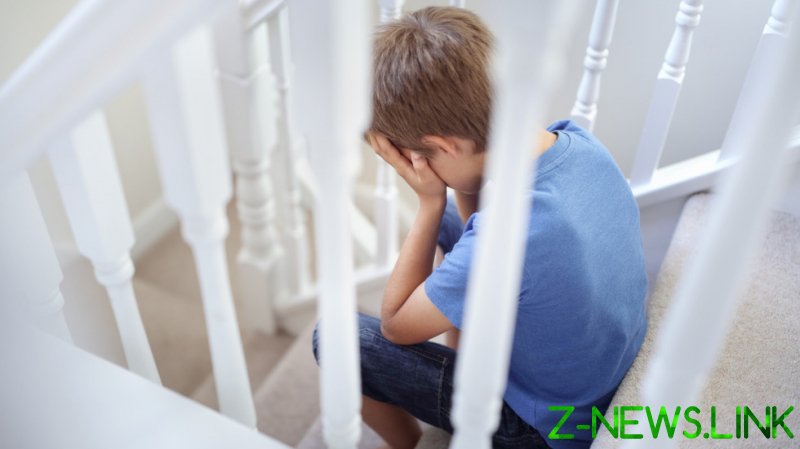 The problem of mental health is fast becoming synonymous with childhood. Unfortunately, the medical establishment is more than happy to solve the problems of children by shoving drugs down their throats. This alarming trend was highlighted by new NHS figures published at the end of last month that showed that prescriptions for antidepressants given to British children aged 5 to 16 has risen by 22% during the past five years.

Predictably, the prescribing of antidepressant drugs has spiked since the lockdown. The tendency to medicalise children’s behaviour has intensified since the outbreak of the coronavirus and sedating them is frequently regarded as the most effective way of dealing with their problems.

During the course of my studies into the subject of childhood and parenting for more than 25 years, I have noticed the proliferation of alarmist reports alluding to the distressing state of the mental health of young people. Every year, the variety of psychological problems afflicting children continues to increase. The lockdown has been seized upon as an opportunity by the mental health industry to turn children into potential patients. But is it really the case, as the Royal College of Psychiatrists argued earlier this year, that school closures and the lockdown threaten to unleash a mental health crisis amongst young children, that can damage them for life?

Years before the lockdown, one alarmist report after another warned that the ‘problem is greater than we thought and is likely to get worse’. A year before the pandemic, a survey of teachers concluded that the mental health of pupils was ‘at crisis point’. Eighty percent of teachers claimed that mental health among pupils in England had deteriorated during the previous two years.

Since the 1980s, the manufacture of child-related mental-health pathologies has been a growth industry. Report after report claims that mental illness among children is on the rise. Such reports insist that children are more stressed and depressed than in the past.

As far as sections of the mental health industry are concerned, you can never drug children early enough. I remember when the American Academy of Pediatrics published guidelines recommending that children as young as four years old could be treated with the psycho-stimulant drug Ritalin. These guidelines proposed that preschool children who showed symptoms of inattention and hyperactivity should be evaluated for pharmacological intervention. “Treating children at a young age is important, because when we can identify them earlier and provide appropriate treatment, we can increase their chances of succeeding in school”, was how Dr Mark Worlaich, one of the authors of the guidelines, justified this proposal.

Is it any surprise that the recent decades have seen what some health professionals have described as a ‘Ritalin Explosion’? In the United States, almost 10% of children have an Attention Deficit Disorder diagnosis. Of these, around a third are on some kind of medication.

So why is society so ready to ascribe a mental health diagnosis to children? Because in the Western world, the existential troubles and anxieties of childhood are increasingly interpreted through the prism of mental health. Children’s mental health is perceived as a condition that needs to be “improved” in order to avoid psychiatric problems later in life. Consequently, the normal tensions and apprehensions faced by school pupils are regularly perceived as medical and mental-health problems.

It is important to realise that the medicalisation of children says far more about the inventive powers of the therapeutic imagination than the conditions of childhood. What has happened is that children’s emotional pain and anxieties have been reinterpreted through the language of psychology. When children behave in ways that veer away from the norm, we no longer call them unruly or troublesome but give them a medical label.

Children’s disobedient behaviour is rendered acceptable by the tendency to treat it as a medical condition. Take the ‘discovery’ of oppositional defiant disorder in 1980 by the American Psychiatric Association! Frequent tantrums, displays of angry behaviour, verbal hostility towards parents and defiance of adult authority by children as young as three are apparently symptoms of this disease. Medical labels such as ADD and oppositional defiant disorder allow the adult world to avoid facing up to the consequence of its inability to exercise discipline through turning misbehaviour into a medical condition.

For some parents, the discovery of new childhood disorders provides a welcome explanation for their children’s bad behaviour or poor performance in school: ‘She isn’t naughty, she is ill’. Given the predicament they face, many parents are all-too-easily reconciled to accept the diagnosis of ADD as the cause of poor behaviour and school performance. It is also evident that numerous teachers are promoting the diagnosis of ADD as an alternative to managing bad behaviour in the classroom by exercising discipline and authority. Failure to finish homework, inability to focus on class discussion and boredom in school are regularly blamed on ADD.

When children feel unhappy, out of sorts or experience a crisis of self, adults need to talk to them and listen to their concerns, rather than try to solve the problems with antidepressants. What young people need from adults is not a diagnosis, but inspiration and leadership. And that’s much more difficult to accomplish than sedating them with drugs.

Frank Furedi’s 100 Years Of Identity Crisis: The Culture War Against Socialisation is published by Routledge Press later this month.