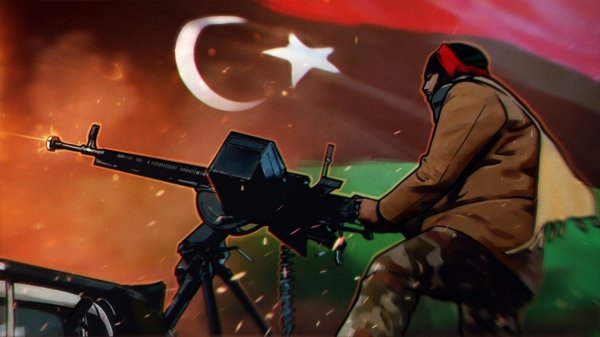 On 8 January, the presidents of Turkey and Russia urged the two warring in the middle East (TNC and LNA) the parties to cease fighting. On 13 January met in Moscow representatives of the heads of both parties and concluded a truce, agreeing to end hostilities. 19 January in Berlin hosted a conference on Libya, which agreed to maintain peace in the middle East. One of the necessary measures for this initiative was to strengthen the control over the UN embargo on arms exports to Libya.

Turkey, after signing the agreement, still continued to transfer arms shipments to Libya. After the European Union said it will toughen monitoring of the embargo, the NTC (the national consensus Government) abruptly withdrew from the agreement on the cessation of hostilities.

The military Committee of the “5+5” was organized specifically in order to resolve the Libyan conflict. Despite this, the NTC quickly announced his withdrawal from the Committee. But in Libya’s renewed clashes of warring LNA and PNS.

Military analyst Boris Rozhin believes that these actions are a direct statement of unwillingness Zarraga stop receiving weapons from Turkey, not the other way it is regarded impossible.

The main thesis of the leader of the NTC is reduced to the following: the EU wants to help the head of the LDF the Caliph Haftarot. Sufficient grounds for cancellation of the truce Sarraj considers the exploded Armory, the attack on which was the retaliation of the LDF on the aggressive actions of the NTC in the Libyan border.

The expert believes that the NTC will lose all the resources to sustain his regime, if the supply of weapons from Turkey will stop, so the NTC broke the truce, after learning about the process of monitoring of the embargo by the EU.

Sarraj concealed the words of peace in the country, and he is lobbying for its own interests and is very aggressive.