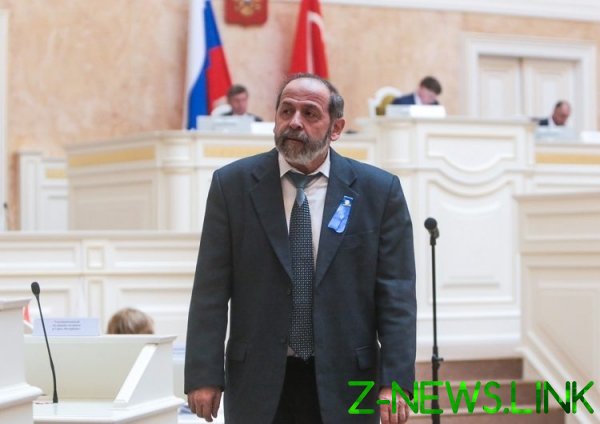 The Deputy of Legislative Assembly of Petersburg Boris Vishnevsky believes that the slogan of the current moment in the country was the “Screw — and no nails”. According to the parliamentarian, after the vote on the amendments to the Constitution of the Kremlin “resets the remnants of decency”.

“Screw those who are out on the streets — even in the pickets. Screw the journalists, requiring an open consideration of the case of his friend — the t-shirt is equivalent to the placard on the picket line. Screw those who are unhappy with the insane build — up to small children. Screw “incorrectly chosen” (that is, contrary to the Kremlin) governors — suddenly remembering about the alleged sins of 15 years ago. Screw those at the Solovetsky stone with a quote from the late Valeria” — listed Wisniewski on his page in the social network.

According to the MP, such a behavior of the authorities was expected after a vote on amendments to the main law of the country.

“Putin’s henchmen are not arguing: given the team — that means we need to screw. Regardless of age, gender and position.
It was predictable — after the notorious “zeroing”, which the Kremlin perceived as a signal for dropping the remnants of decency. However, when he goes as many people as in Khabarovsk, the guardsmen behave very differently,” wrote Wisniewski.

We will remind, after a popular vote on the amendments to the Constitution of the Russian Federation in the country was swept by a series of arrests. So, have arrested ex-journalist Ivan Safronov in the case of treason. Detained members of the media who support colleagues. In St. Petersburg on 12 July the police took away activist who participated in the action memory politician Valeria Novodvorskaya.

In addition, in the far East continue to protest against the arrest of the Governor Habarovskogo territory Sergey Furgala. Mass protests began on Friday in Khabarovsk and Komsomolsk-on-Amur. According to official police data, they have taken part to 20 thousand people, the media counted 50 thousand participants. Several people were detained by the police.

In connection with the situation in Khabarovsk arrived Deputy Prime Minister and presidential envoy to the far Eastern Federal district Yuri Trutnev. According to media reports, he accused the representatives of the region in organizing protests and demanded that they stop.