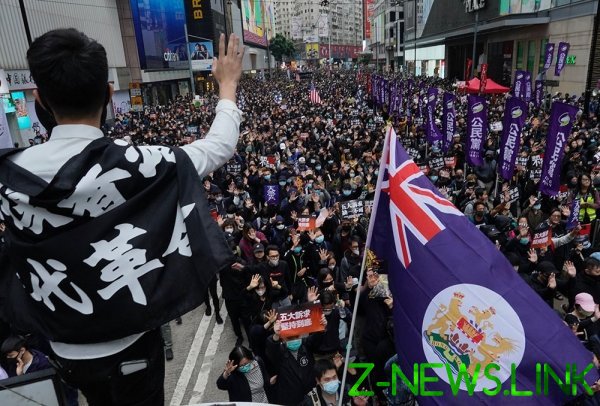 In Hong Kong nine books removed from libraries to check for compliance with the new law on national security, reports “Interfax” with reference to the Hong Kong newspaper The South China Morning Post.

We are talking about books, defending the idea of Autonomous development of Hong Kong. In particular, readers are deprived of access to the books of the activist student movement, Joshua Wong and members of the Legislative Council Tanya Chan. After checking, it will be decided whether there will be publication in the public domain.

Police have warned that Hong Kong activists, who would distribute and display materials in support of independence, will be subject to arrest and prosecution.

Immediately after the entry into force of the new national security law in Hong Kong arrested more than 300 members of anti-government actions. Among them, four or five men and four women suspected of directly in violation of the new law.

The decision on the adoption of the law on Hong Kong sparked a wave of criticism of Beijing from the United States and Western countries, Washington imposed visa restrictions against Chinese officials. In addition, on Monday, the States announced the cessation of exports to Hong Kong U.S. military goods and dual-use technologies. On Tuesday, the U.S. Department of Commerce promised “the possibility of introducing further restrictions.”