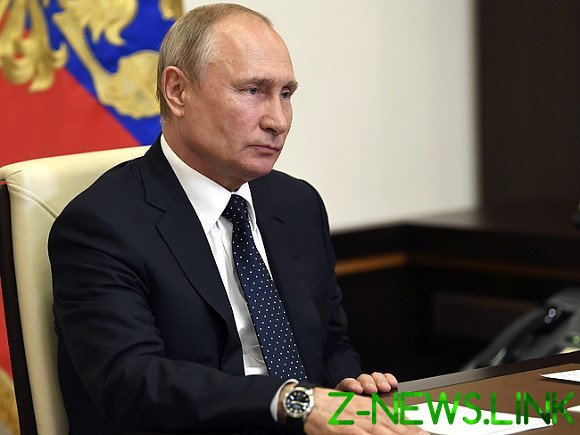 The political scientist Valery Solovey believes that the state Council is established in Russia as a safety design. As the “Interlocutor”, in the case of incapacity of the President the country will manage this authority, the expert believes.

“The main thing in this whole story with the amendments (to the Constitution of the Russian Federation — approx. “Rosbalt”) is not the nullification of presidential terms, it’s actually the same smoke and special effect. Important — the creation of the state Council, the establishment of a system of power in the case of incapacity of the incumbent. That is, the creation of the safety design. This is the state Council, which has the same functions and powers as the President,” — said the analyst.

We will remind, the state Council is an unconstitutional Advisory body under the President of Russia, established in 2000. In the message to the Federal Assembly on 15 January this year, Vladimir Putin proposed to consolidate the status of the state Council in the Constitution.

He also in January approved the composition of the Presidium of the State Council of the Russian Federation, it includes: the governors of St. — Petersburg Alexander Beglov, the Altai territory Viktor Tomenko, the Volgograd region Andrey Bocharov, Kurgan region Vadim Shumkov, the Tver region Igor Rudenya, Sakhalin Valery Limarenko, the head of Bashkortostan Radiy Khabirov and the head of Kabardino-Balkaria, Kazbek Kokov.