Home / WORLD / The new report on UK’s botched Covid strategy makes me so angry. It’s basically a catalogue of missteps that led to 150,000 deaths

The new report on UK’s botched Covid strategy makes me so angry. It’s basically a catalogue of missteps that led to 150,000 deaths 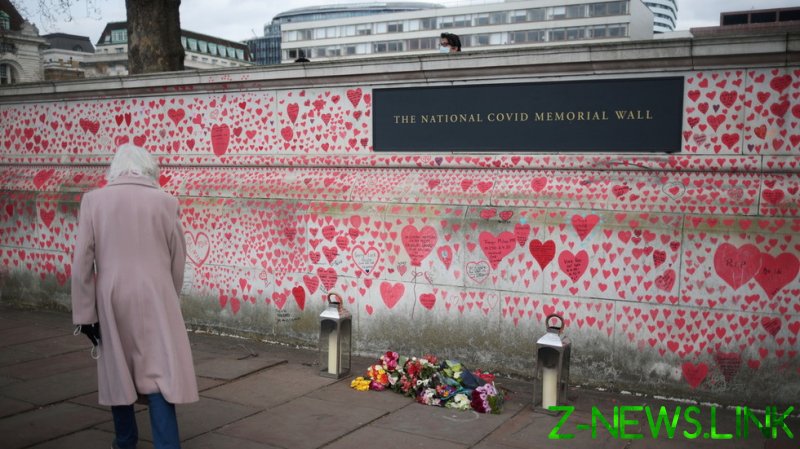 The release of the highly anticipated parliamentary report offers no comfort whatsoever to the families and loved ones of those who have so far fallen victim to the Covid-19 virus in the UK. But it does make you angry. Very. Bloody. Angry.

Parliamentary reports rarely give rise to much emotion. However, reading through the 150 pages of ‘Coronavirus: Lessons Learned’, produced by the House of Commons and Science and Technology Committee and Health and Social Care Committee, I was reminded of just how inept the UK was in dealing with the killer virus, of the bitter recriminations of the PM’s former adviser, of ex-Health Secretary Matt Hancock’s over-reach and demise, and of the disaster that was the launch of the nation’s track-and-trace system, and I could feel my temperature rising.

Because it’s all there in black and white. How the clueless government’s approach to dealing with the pandemic was doomed to fail because it was wrong from the get-go, and how we, like gullible fools, just swallowed it. Until now.

Remember all the talk about herd immunity? About sacrificing some for the greater good? About it never being a part of the plan? The report inquiry found that the government’s pandemic strategy “amounted in practice to accepting that herd immunity by infection was the inevitable outcome.” So all that talk was bollocks.

Granted, public health officials didn’t have much to work with. The report recalls that the UK had no firm prospect of a vaccine, we had limited testing capacity, and there was a widespread view that the public would not accept a lockdown for a significant period. So Plan A was presumably to let the virus run its course.

The problem was that there was no Plan B. There was no rigorous case isolation, test and trace was “slow, uncertain, and often chaotic,” and border controls were a joke. So while a lockdown was deemed too harmful to even contemplate because of the immense harm it would cause to the economy, normal health services, and society in general, because there was nothing else on offer, it was the only solution.

At the time, it just seemed like a Downing Street comms disaster, with mixed messaging causing upset and confusion. But the report found things were even worse: “The fact that the UK approach reflected a consensus between official scientific advisers and the Government indicates a degree of groupthink that was present at the time which meant we were not as open to approaches being taken elsewhere as we should have been.” And we’d just put it down to incompetence.

The insight afforded by the report into the cack-handed responses is laughable on its own, but when it’s applied to some of the key decisions that actually led to lives being lost, those laughs soon fade.

Patients discharged from hospitals into care homes before being tested for Covid-19, a lack of accessibility to PPE by black, Asian, and other ethnic minority NHS staff, and the absence of testing for care home staff who brought the virus into their workplaces from their homes and the wider community; these among the causes that “led to many thousands of deaths which could have been avoided,” the report concludes.

Probably the most upsetting to me, as the father of a disabled daughter, is the disproportionately high mortality rate that people with learning disabilities and autistic people have suffered throughout the pandemic. At one point, thanks to restrictions which prevented family members and carers from visiting and providing advocacy, patients with learning disabilities were inappropriately issued with “Do not attempt CPR” notices. As the report dispassionately notes, this was “completely unacceptable.”

Before our memories and those little vaccination marks on our arms fade as we try to put the nightmare of the last two years behind us for good, it is essential that we remember all these catastrophic missteps and make sure we have robust contingencies that will stand the test of time so they are ready to go when – not if – this happens again.

This report is not really an exercise in damage control, although it does highlight the success the UK has had in developing both coronavirus tests and vaccines. What it does is lay down a marker, identifies the problem areas we need to be looking at, and identifies some of those of whom more questions will be asked.

Once the reckoning begins.