The new “oil” glow rises over the Middle East 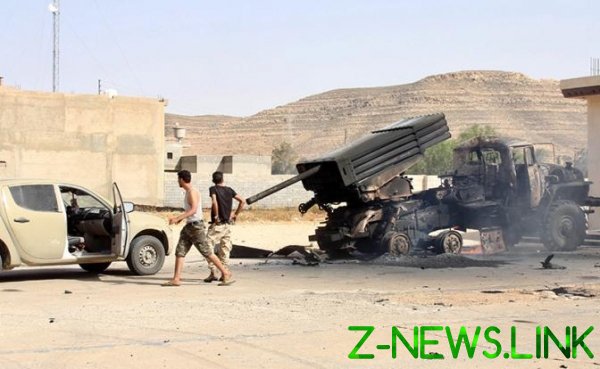 The situation in the middle East, the attention which was diverted due to the arrival in some countries of the “second wave” of coronavirus, rapidly deteriorating. In armed conflict engages more of the parties. Thus, in the Northern part of Iraq inhabited by the Kurds, Turkey almost seamlessly launched a military campaign, and already on 19 June, the journalists reported that near the city of Dahuk killed five Kurdish civilians.

With Yemen, where for six years the civil war continues, the Shia rebels, the Houthis again fired homemade rockets and launched combat drones towards the capital of neighboring Saudi Arabia — Riyadh and the border town of Najran. In response, the Saudis attacked from the air the positions of Houthis. About the exacerbations has officially expressed concern over the Russian foreign Ministry.

Calm down, it would seem, with the beginning of the pandemic Syria flared again after 23 June in the North-East of the country were shelled from the territory of rockets at Israel by the Syrian military and Iranian militias. One of the largest media Times of Israel reported about the seven victims of the fire.

And, of course, the greatest concern is the new “round” of the civil war in Libya. Between the Libyan national army (support, remind, Russia) and the forces of the national consensus Government (NTC) turned fierce battle for coastal Bani Walid and Sirte port.

Sirte, by the way, a strategically important port, where the country’s largest warehouses of crude oil, as well as the export shipment of fuel. Not surprisingly, the new “round” and accompanied by the information the confrontation, namely, evidence of atrocities NTC fighters in the town of Tarhuna, including the killing of civilians — women and children.

About what is happening in the middle East today, the “Free press” spoke with our regular commentator — senior researcher, Institute of Oriental studies, Professor Mikhail Roschin.

“SP”: — Mikhail, in the Libyan campaign intervened Egypt. Moreover, it could face a direct clash with the Turkish Syrian war, supporting different sides of the conflict.

— For Egypt, Libya — the closest and most important neighbor on the Mediterranean coast of Africa. Turkish expansion in the neighboring country are unlikely to inspire the Egyptian leadership.

Yesterday President Vladimir Putin held online talks with French President Emanuel Macron. As I understand it, they had focused primarily on Libya, near the coast of which the Turkish war vessel showed aggressive intentions in respect of French sailors, providing that the weapons were not delivered to Libya. Putin and macron confirmed the commonality of views on the situation in Libya.

By the way, with France at the Macron has been a progressive and positive development of Russian-French relations, so I wouldn’t be surprised if macron will soon come to Russia.

“SP”: — to Intervene if Libyan campaign?

— The US will today intervene in the Libyan conflict. They have in the country the difficult situation on the background of the epidemic and the ongoing “black independence”, a heated Democratic party.

“SP”: — And see if today is the prospect of ending some of the major middle East conflicts?

— Well, we see now only worsening. Take Iraqi Kurdistan, where on 15 June the Turkish military launched “operation tiger Claw” and “eagle Claw”. The official aim of the campaign is the fight against militants of the Kurdistan workers party (PKK). The Turks have a traditional problem with the PKK for many years leading the fight against the Turkish government and the Kurdish Autonomous region in Iraq avoids complications with Turkey.

Now for the Yemen. The Saudis conflict with the Huthis in Northern Yemen farther away, the more comes to a standstill. It is obvious that there is a need for a truce and start peace talks, at which Russia could act as a mediator.

“SP”: — But personally I find most in the middle East today are concerned about the fact that in Syria began again Israeli provocations. Moreover, the official tel Aviv, as usual, the attacks are not recognized.

— You are right, the problem with the attacks of the Israelis on military targets in Syria will not go away. To solve it somehow. In epidemics do it will be more difficult. Note: Israeli President Benjamin Netanyahu, unlike previous years, due to the coronavirus to the Victory parade had not arrived.