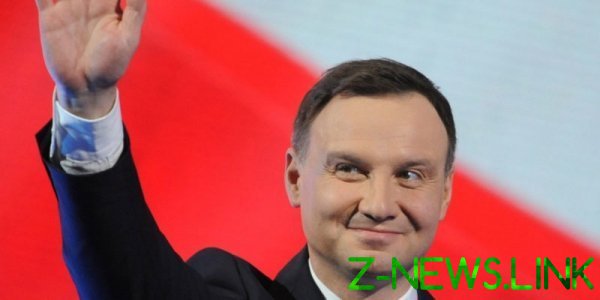 The main political event in Poland in 2020 should become the presidential elections, the first round of which is scheduled for may 10.

In recent days, the MPs fought fierce debate whether to hold the vote in a pandemic coronavirus or postpone it to a later date. These disputes ended up being in the lower house of the Parliament with minimum necessary quantity of votes adopted the law on the procedure of voting citizens in the mail.

In addition, the President and the ruling party “law and justice” I see no reason to postpone the election. This is not surprising, because the results of recent public opinion polls over the incumbent head of state Andrzej Duda are ready to vote with 52.9% of respondents, which would mean his victory in the first round.

For even greater confidence in the victory of the incumbent President, his administration and other state bodies in the last year was preparing a new edition of the national security strategy of Poland. The publication of the document was planned ahead of the elections. Its content should have been possible to emphasize the success of A. Duda and become the kind of program activities of the ruling bloc for the next five years.

But here came the problem – in the balance of external and internal threats to the security of the Commonwealth intervened coronavirus! The draft document prior to its formal publication was leaked to the Polish press, and was immediately criticized, as it is based on the situation prior to a world pandemic, that is, has ceased to conform to reality.

In the preamble of the draft of the new strategy, consisting of 33 pages, stating that the greatest threat to the security of Poland presents the “neo-imperialist policy of the Russian Federation, implemented including the use of military force”. This, according to the authors, expressed in military capacity, conducting exercises, in which played out a scenario of a conflict with NATO member States, the use of nuclear weapons, and the goal is to destabilize the Alliance. In General, the old song.

The document further draws attention to the fact that the security of the state relies on allies, but the relations between the European States and the United States are experiencing a transformation, expressed in the growth of contradictions between them. It is obvious that in this position covertly refers to the inevitability of exceptional relations with the United States being almost the only guarantor of Polish security.

One of the key problems for Poland is called energy security. Weaknesses of the state designated aging population, the shortage of medical personnel and climate change.

The greatest criticism of the Polish press was subjected to that most pressing problem of the last days in the strategy devoted only one paragraph without formulated relevant insights. It says: “Witnessing the intensification of migration processes poses a threat to epidemiological security, including the risk of dissemination in Poland of infectious diseases.”

At the same time, the document highlights the stability of the Polish economy, which demonstrates high growth on the background of total slowdown on a global scale. According to the experts, and this postulate should be modified in view of recent trends in the economy.

The new strategy provides for growth in defence spending to 2.5% of GDP by 2024, which also raises doubts among economists. In addition, it is planned to create an integrated system of national security that is managed by a Committee of the Council of Ministers headed by the Prime Minister. The new authority should acquire such government bodies as the Committee for crisis management and security center. Special attention to the authors of the strategy was paid to development of civil defence.

The new strategy needs to be soon signed by the Prime Minister, followed by its approval by the President of the country. In this regard, the Polish experts question – will there be included in the draft amendments related to the consequences of the spread of coronavirus? This option is assessed as dubious as have almost no time for approval of new formulations.

In this regard, before the country’s leadership with a dilemma – to publish the document not matching the real situation in the country and the world, or to defer its publication for several months, assessing new risks and threats to national security that have emerged and may still appear in the result of the spread of coronavirus.

It is not excluded that the Polish government in favor of their overseas partners will still retain the Central tenet of the “Russian threat” in the new strategy, which may cause discontent of the population due to the expected catastrophic consequences for the economy and the political situation of the state. In these circumstances, the Polish government will likely be forced to significantly reduce the military budget and reallocate government spending on more important needs.