The new leader of “LNR” want to integrate into Russia 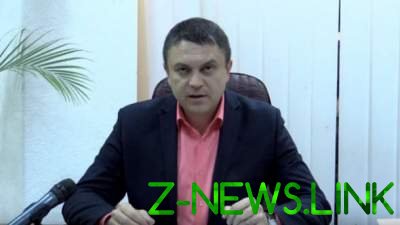 The leader of “DNR” Alexander Zakharchenko called for a beekeeper to join.

The so-called “acting” the leader “LNR” Leonid beekeeper said that he hoped to cooperate with the leader “DNR” Alexander Zakharchenko.

“Separately would like to thank the head “DNR” Alexander Zakharchenko and Express hope for further cooperation and fruitful work in the formation of” republics “of Donbass and integration into the Russian Federation”, – said the terrorist beekeeper.

As you know, the leader of “DNR” Alexander Zakharchenko called for a beekeeper to unite, commenting on the resignation of Igor Plotnitsky.

In addition, the beekeeper added that the process of exchange of prisoners, the resignation of the Carpenter will not be affected.

“The process is. Checked all detainees placed on “our” territory and subject to exchange. On Monday (November 27 – ” 24 “) will be given the list,” said the gunman.