Home / Movie / The new “Halloween” will ignore ALL the old movies except the first one!

The new “Halloween” will ignore ALL the old movies except the first one!

Unexpected things says the old John carpenter on the new part in his cult slasher series.

It would seem, has long stated that we are waiting for the second sequel to “Halloween”, and the remaining episodes of the franchise, you can if you wish simply to forget. Thus the writers Danny McBride and David Gordon green was trying to go back to what was really cool and scary stories about Michael Myers. As a reminder, in the second part, which was filmed Rick Rosenthal, it turns out that the main character Laurie Strode is a killer in a relationship. But it was McBride that’s not very congenial. He did not say that it will have any major impact on developing the script, however, such suspicions have arisen.

Now we have confirmation from the Director of the original, the good carpenter is actively involved in the return of “Halloween”. Stating his opinion about the new film, he said:

It’s like… I don’t know how to describe it. It’s almost an alternate reality. It starts after the first part and pretending everything else didn’t even take. It will be fun. There really is a talented Director and it’s well written. I’m impressed.

I wonder if this means that family ties between Laurie Strode and Michael Myers is no more? Or the writers want to reveal this “affair”? 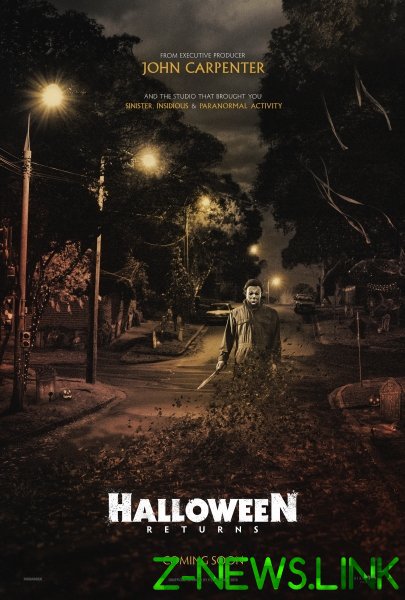