‘The new Babylon Bee?’ CNN commentator mocked after downplaying riots in Kenosha, Portland as ‘protests’ with a FIERY cover photo 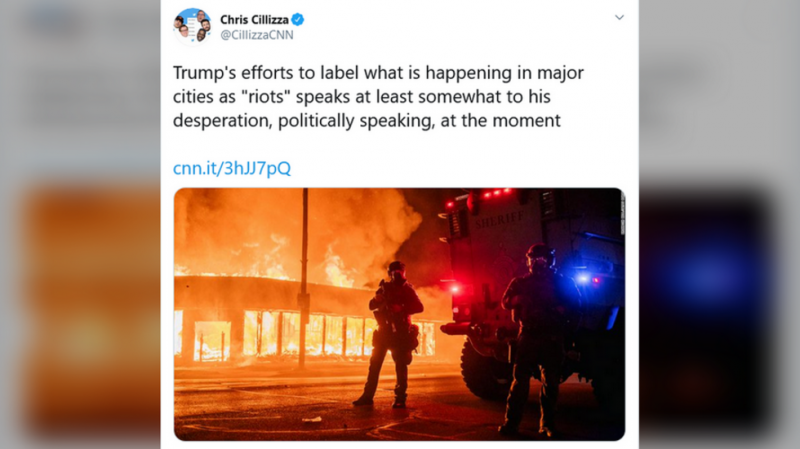 CNN’s political commentator Chris Cillizza has faced a torrent of mockery from conservatives, who accused him of whitewashing violence festering in Kenosha, Wisconsin and Portland, Oregon after he opined that referring to the looting, vandalism and arson in both cities as rioting is unjustified and a “desperate” political ploy by US President Donald Trump. 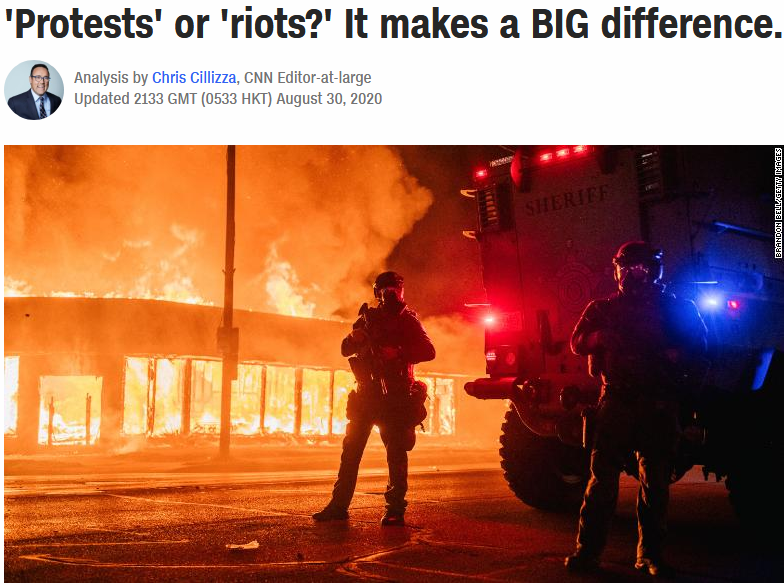 “To hear Trump and his allies tell it, the situations unfolding in Portland, Oregon, and Kenosha, Wisconsin, in response to several high-profile shootings by the police of Black men is rioting, plain and simple,” Cillizza wrote in the piece titled ‘’Protests’ or ‘riots?’ It makes a BIG difference.’

Ironically, the original description of the photo, provided by Getty Images, describes the scene as the “second night of rioting.”

Critics have also pointed out that it was Portland police, not Trump, who have declared a riot multiple times in some 100 days since the violence first broke out there.

“Serious question: do you have a ballpark idea of how many riots Portland has declared in the last month? And do you think the city is wrong to call them riots?” a commentator asked.

Cillizza’s point seems even more baffling considering that Democrats have launched a hashtag #TrumpRiots, acknowledging that peaceful protesters have long turned violent, but pinning the blame on the Trump administration for fanning the flames in Kenosha, which the president is set to visit on Tuesday, and Portland, that saw clashes between pro-Trump caravan and Black Lives Matter protetesters on Saturday.

“Chris! Check your inbox. We all pivoted to acknowledging the riots this morning, but blaming Trump supporters for them,” a commenter quipped.

It’s not the first time CNN’s coverage of the protests raises eyebrows. Earlier this week, the cable news channel chose to describe violence in Kenosha as “mostly peaceful protests” while showing viewers exactly the opposite, and invoking a torrent of ridicule upon itself.