Home / INCREDIBLE / The neurosurgeon is going to provide people with immortality

The neurosurgeon is going to provide people with immortality 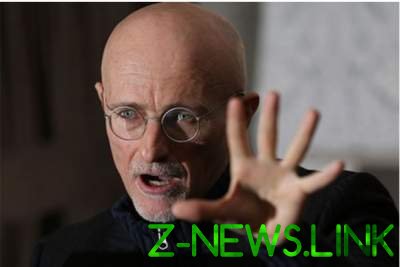 Canavero will attempt to transplant a human brain into an artificial body.

Italian neurosurgeon Sergio canavero (Sergio Canavero), known for his plans to head transplant living person, is going to provide people with immortality. The scientist stated in an interview with TASS.

According to Canavero, it starts a new stage of their project — BRAVE (Vgap anastomosis venture), which will take place the first transplant of a human brain. The scientist believes that this will allow people to become immortal, because, in contrast to transplantation of head of a young body can rejuvenate older nerve cells without risk to the immune system. The surgery should be performed after 3-5 years.

Canavero hopes to get ahead of Russian specialists working on the project “Avatar” and expect to transplant a human brain into an artificial body. Italian surgeon also complained about the ignorance of Americans who were skeptical of his plans, and praised the Chinese, who gave him the title of Professor and financed his research.

In addition, the scientist said that good relations with the programmer Vladimir Spiridonov, who was the first candidate for a head transplant, but not to be operated. “He always remains in my heart and I’m willing to help, but the problem is money,” said the surgeon. According to him, the operation will be conducted, if it is to Finance the Russian side.

See also:  The star of "Servants of the people" showed 10-month-old daughter

Canavero also believes that the change of bodies will allow people to make interstellar travel and quickly adapt to conditions on other planets.