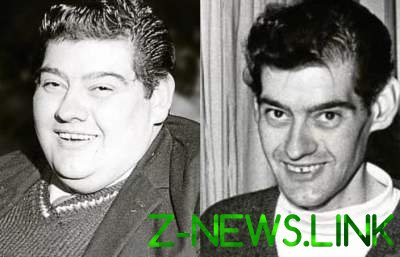 The case of Scottish Angus Barbieri (1939-1990) is still a record for the length of fasting and is listed in the Guinness Book of Records.

This may seem something of a myth or urban legend, but actually it is a documented fact. The story of Angus was explained in detail in the medical journal Postgraduate Medical Journal in 1973.

In 1965, Angus Barbieri living in Tipot, Scotland, came under the supervision of a doctors clinic Maryfield Hospital in Dundee due to its high obesity. Male weighed 207 kg and he was only 27 years old. 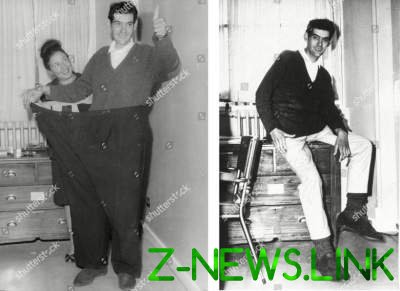 Angus desperately wanted to lose weight and has asked doctors to monitor his condition, when he will begin a hunger strike, refusing food completely. Doctors advised him to diet, but Angus wanted radical changes to achieve your ideal weight.

Since June, Angus drank only water, tea, coffee without sugar, or water with gas, and took vitamins. And lasted in this mode for up to 11 July 1966. Only in the last couple of weeks it has afforded relief in the form of a small amount of milk or sugar in coffee.

Until hunger strikes Angus, despite being overweight, trying to work in his father’s shop selling fish and chips (traditional English snacks), however, after beginning the hunger strike, he was forced to leave the job to “not to be tempted by food”.

Over the past year, Angus’s weight dropped from 207 to 81 kg, that is, he did not even exhausted, and began to weigh like a normal strong and healthy man. The doctors, all the while anxiously watching him, not noted any ill health.

According to doctors the necessary energy for life Angus received from his own reserves of fat. His body is, to put it mildly, ate itself. Because of this, Angus has practically ceased to go to the toilet “in large”. He did it every 37-48 days. 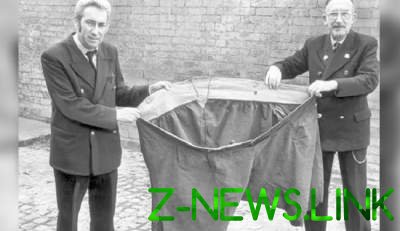 During the hunger strike Angus regularly donate blood and urine tests that doctors tracked the slightest change in his condition. And every month the doctors were more amazed to how hungry feels good.

In 2012 Australian scientist, Dr. Carl Krushelnick gave a lecture on the radio, which scientifically explained how Angus would survive on its accumulated internal fat.

“After 2-3 days of fasting a big part of your energy will start coming from fat. Fatty molecules to break apart into two separate chemicals – glycerol (which can be converted into glucose) and free fatty acids (which can be converted to ketones). Your body, including the brain), can run on the fuel of glucose and ketones until then, until the stocks run out your body fat,” said Dr. Krushelnick. 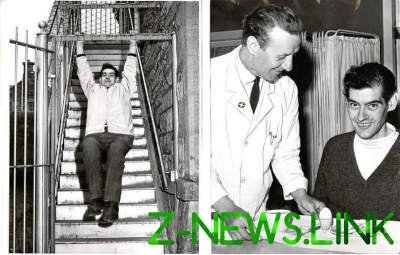 When Angus finished his hunger strike and began to take regular food, he said that you almost forgot the taste of the food. He ate a boiled egg with a slice of bread with butter and told reporters that to enjoy this egg and one of them is already very full.

After the success of Angus prolonged fasting in Vogue in the late 60’s and 70’s, but later, doctors ceased to recommend it to obese people. The fact that many people began to have complications, and there are more cases with a tragic outcome.

Currently, any long restrictions in food intake are under the strict supervision of a physician and permitted only when the patient does not have chronic diseases and other factors.

In the next five years after her extreme weight loss Angus had gained only a few kilograms remained within the normal range. Then he married and had two sons. Angus died in 1990.