Home / auto / The Network showed the “Tavria” for the French market

The Network showed the “Tavria” for the French market 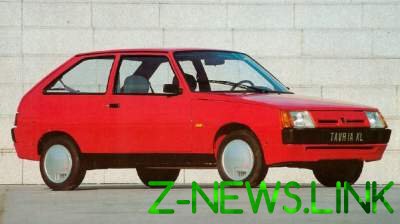 ZAZ 1102 Tavria, immediately after the appearance in 1988, became popular in Soviet countries. At one time there is a shortage of goods. But for the export of machines was always.

Export Tavriya, among other things, the Cossacks decided to France, but to compete with the favorite “Peugeot” and “Citroen” her French was very difficult. Especially in the form which it had from the factory. ZAZ 1102 was prepared in the late 1970s, however, the pipeline is only left at the end of the next decade and during that time the design had become obsolete.

See also:  The Network showed the most aristocratic car

Therefore, the local importer company Poch decided to Polish the stone, giving it a more aesthetic appearance in the spirit of the time. Changes inside and outside were purely stylistic in nature, technology company Poch is concerned.

Under the name Poch Tavria XL our “brand” were sold in France from 1991 to 1993. Despite the reasonable price, good performance and efforts of the importer to refresh the look of the car, to sell a lot of cars, he failed.

See also:  Named the country with the most expensive gasoline