The Network showed footage of a burnt plane Superjet. Video 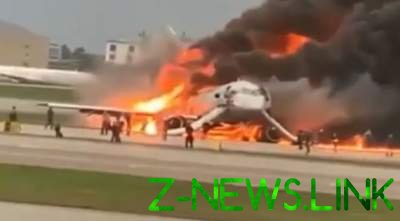 The video was shown a “black box” Sukhoi Superjet.

In the network appeared the first pictures with the burnt aviaiton Sukhoi Superjet, which caught fire during hard landing at Sheremetyevo airport in Moscow (Russian Federation).

The video was published by the Investigative Committee of Russia.

On shots it is visible burned part of the hull of the aircraft, and fragments of the cabin and one, almost the whole engine.

Workers at the airport and employees of the emergency services meanwhile, the rubble of the plane.