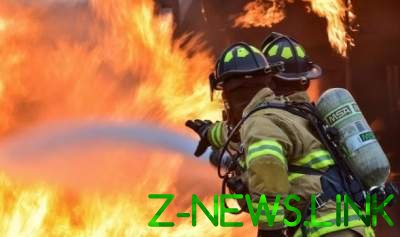 Video taken during training with firefighters from Russia, cheered the social network.

Fire in Omsk (Russia) could not cope with the pressure of a fire hose during the drill. Video of the incident pretty fun users of social networks.

Different people described what they saw. “Everything went smoothly, the task was to fill in all around, so that nothing caught fire. Neutralized from the fire in the first place, the people and the adjacent territory,” wrote one commenter.

“Maybe that’s the way they were taught? First, it is necessary to wet workwear and the next flammable objects, and only after closer to the source of the fire…” added another user.

“Foam party, and somewhere nearby are the “wet” women in the audience and watching these guys in the form of fire,” said one commentator. Some users have noticed that fire (together with ammunition) weighed about 130 kg, and the “flying Finn”.