Home / Video news / The Network has shown the world through the eyes of penguins. Video

The Network has shown the world through the eyes of penguins. Video 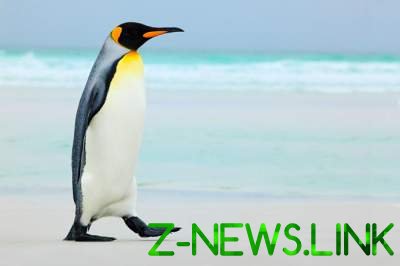 The world day of penguins, scientists have shown the world through their eyes

April 25, throughout the world lovers and conservationists are celebrating the Day of the penguins.

Special attention to the holiday pay due to the fact that many species of these amazing birds are on the verge of extinction – for example, the Galapagos penguin.

In addition, many species of penguins were among the animals that are in danger of extinction.

Initiated and created the Foundation of this holiday is unknown, but it actively supports the environmentalists and green organizations, such as, for example, Greenpeace.

The reason why the world penguin day is celebrated now, is that in April and March of Emperor penguins migrate to the mainland for breeding, and at this time they are often threatened with special danger, not only because of predators but also because of melting ice.

In honor of world penguin day, in order to draw public attention to these fascinating birds, the Zoo and Botanical garden in Cincinnati USA has posted a video that they were able to do thanks to the camera mounted on one of the penguins. Thus, scientists showed what the penguins see the world that surrounds them.

See also:  In Russia, there is shown the smartphone with two operating systems

“Happy day for all penguins of the world! In this day to recognize one of the most unique birds on the planet! Есть17 species of penguins and their natural habitat is in the southern hemisphere. Many of these penguins are susceptible to the effects of climate change, and as a result many have to migrate farther to find food, with the result that their numbers are decreasing. Of the 17 types, 11 were classified as endangered or vulnerable,” says zoo under the video.

The zoo and Botanical garden Cincinnati – the second oldest zoo in the USA, it was opened in 1875.