Home / Video news / The Network has shown the cemetery of fighters “Ghost.” Video

The Network has shown the cemetery of fighters “Ghost.” Video 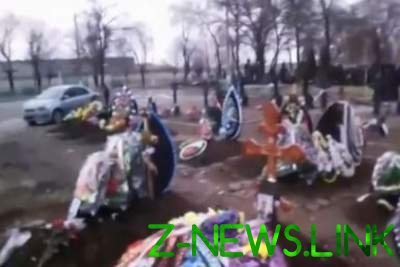 One of the terrorists who snimaet video, spoke about the situation.

In the Internet appeared the frames of the graves of Luhansk militants, who were eliminated in the Donbass for the last 6 months.

One of the terrorists who snimaet video, spoke about the situation: “Thanks to the commanders who were nagamandala: plus 20 corpses in 6 months of war.”

Russian mercenary talks about the graveyard of one of the battalions of the 14th battalion of mercenaries “Ghost”, who fights in the composition of the 2nd army corps, “LPR”, near the village of Zholobok, on Bakhmutskaya route.