The Network has calculated the real growth of Putin 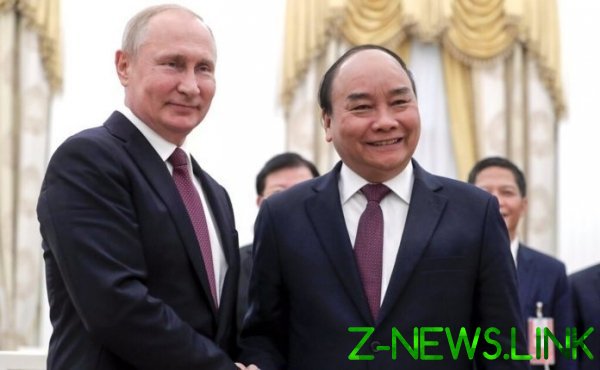 Putin embarrass the pictures with the head of Vietnam.

President of Russia Vladimir Putin once again caught in the machinations of the growth, which he carefully tries to hide the photo.

So, this time the reason for the discussion was the leader of the Russian Federation with President of Vietnam Nguyen Xuan by Fukui, who published on Twitter journalist of the Kremlin pool Dmitry Smirnov. (To see photos, dockrillia the news until the end).

The Vietnamese President was growth below Putin. Users said that because of this, the Russian leader willingly posed with him in front of cameras to look taller.

“When someone below you”, “Two bald dwarf”, “smaller”, “Well, compared to Fukui, real big! Nguyen how much a meter forty-five?” – irony in the comments.

At the same time, Ukrainian political analyst Alexei holomuzki showed a photo of Putin with the Fukui 3 years ago. According to his observations, the President of the Russian Federation has significantly changed.

“Vietnamese what was, such and remained. But Putin is much podtoplentsy from 2016, no Botox has not helped”, – he wrote in his Telegram channel.

The Prime Minister of Vietnam Nguyen Xuan Phuc — Putin: I am Very glad to see you again, comrade President. You are a great, close friend of the Vietnamese people pic.twitter.com/WdFXoCkPcJ