Home / Video news / The network blasted the movie about the struggle of Ukrainians for independence. Video

The network blasted the movie about the struggle of Ukrainians for independence. Video 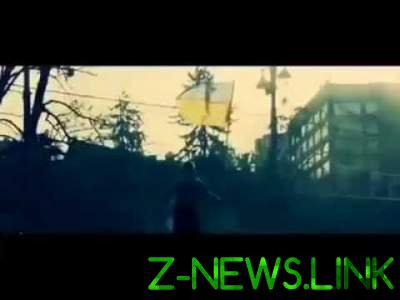 In the video footage from the funeral of the soldier of the ATO.

The network is gaining popularity sentimental video about the struggle of Ukrainians for independence.

It was published by the Russian journalist Alexander of Tver on his page in Facebook.

“The first images is the funeral of the defender of Ukraine Andrey Dobrovolsky, who was killed on 17 November the Russian invaders. And then… And then was born a small clip from me. Do not judge strictly, I’m not a professional, just like to reflect, to inform, to summon. And just that feeling. Let’s see, what are you talking about Ukraine – what troubles and grief. And at the same time, see the doomed invaders, with what great people you have contacted”, – he signed the movie.

Over 15 hours of video had been viewed over 20 million times. In the comments people said that the movie invokes very strong emotions.

“To tears and pain throughout the body… and To an even greater hatred for this monster – erefii” – write to the network.