Russia has the right “attitude” to the crash of MH17 over the Donbas, and was involved in the crime. Investigators have all information and confirmation, said the head of the Central Department of investigation of crimes of the National police of the Netherlands, the representative of the Joint investigation team Wilbert Paulissen, it quotes “Interfax”.

He noted that was used was a Buk missile is from the 53rd anti-aircraft missile brigade air defense of Land forces of Armed forces of the Russian Federation.

According to Paulissen, Russia possessed this information but did not report it. The information that Russia provided Paulissen called insufficient to draw conclusions about “where this launcher, and that it is for installation”. In the present investigation asks Russia to respond, where exactly is the weapons that were shot on video, whether it was from Russia, where it was 17 July 2014. The response from Moscow no, said the investigation group.

See also:  Experts have criticized Elena Malysheva in the program about the children-"nerds"

On the eve became known the names of the four suspects in the death of flight MH17: Russians Igor Girkin (Shooters), Sergey Dubinsky, Oleg Pulatov and Ukrainian Leonid Kharchenko. Was issued an international warrant for the arrest of the suspects, they will be added to the list of wanted persons. the Investigation also asked Russia and Ukraine about the interrogation of suspects.

See also:  The NTC emerged from the talks in Libya, that's a bad sign

Recall that the Boeing-777 Malaysian Airlines, EN route flight Amsterdam — Kuala Lumpur, crashed in Eastern Ukraine on 17 July 2014. On its Board there were 298 people, none survived. According to the findings of the JIT, by a missile fired from “Buka”, stationed in the district of Kursk, the airliner was shot down militias Donetsk people’s Republic. The Russian side denies involvement in the crash. 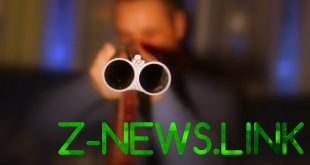