Home / economy / The NBU transferred to the state budget net profit of 47.6 billion

The NBU transferred to the state budget net profit of 47.6 billion 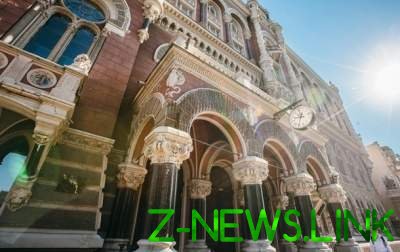 The national Bank has decided to transfer to the budget-2019 nearly 65 billion, most of which are already received on account.

As noted, in April was a revised budget in connection with receipt in the budget of the profits of the national Bank in the amount of 47.6 billion UAH in April, and the substitution of revenues from privatisation domestic borrowing.

According Kaznacheiskaya service, the revenues of the state budget for January-April increased by 18.2% yoy to 322,6 billion UAH and amounted to 95.7% of the adjusted painting.

Among the reasons for the shortfall in the Ministry of Finance called less the balance of income from VAT, a stronger hryvnia to the dollar, lower imports, the adoption of the standard distribution of net profit of companies and dividends only April 26 (and therefore the corresponding payments to the budget will be held during the second quarter of 2019).

The Finance Ministry expects that the shortfall in income will be partially offset with revenue of profits of the NBU (according to the decision of the NBU Council in 2019 64.9 billion UAH will be transferred to the state budget).

The index of the Moscow stock exchange exceeded 3 thousand points. For a person uninitiated, …