The national guard want to significantly expand the rights 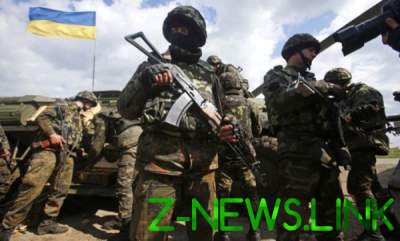 One of the authors of the bill became Anton Gerashchenko.

The Verkhovna Rada may significantly expand the powers of the National guard. The corresponding bill number 6556 already received the approval of the relevant Committee. What’s new want to allow the security office, which reports to the President, but is part of the Ministry of interior.

Note that among the authors of the bill is the Advisor to Nara Arsen Avakov Anton Gerashchenko (“popular front”).

The right to search and eliminate

Members of the national guard offer to grant the right:

to make administrative reports during the protection of public order, public security,
to deliver offenders to the courts, establishments of execution of punishments, as well as to escort these people during their extradition, in particular in the Commission of a forest offence, violations of the rules of hunting, rules of fishing and protection of fish stocks,
take pictures, record audio and video, to keep people from disturbing public order,
not to start somewhere of people to keep a state secret, evidence or public order,
to block the street for drivers and pedestrians to see cars,
to carry, store (including in person) and apply not only special equipment and weapons, and combat and other equipment,
surround the area during the investigation and prosecution of suspects, the cessation of illegal mining and suppression of riots,
search people and check documents
in urgent cases during the prosecution of a suspect or in connection with the prevention of crime that threatens many people, the national guardsman will be able to enter a private residence or other property of any person (but then this must immediately in writing report immediate supervisor),
conduct mine – if we are not talking about explosives of the terrorists.

For comparison, right now the national guard have the right to:

to delay, to pass the police offenders in the protection of sites,
to detain, deliver, or transmit by authorized state bodies of armed men during anti-terrorist operations,
to detain suspected criminal violation, fugitives from prison, deserters,
to unlock military units and bases etc,
to conduct a search of vehicles in the zone of the ATO or special operations
to apply measures of physical impact, as well as to store, carry and apply special means and weapons,
to “borrow” transport almost any, if you want to stop crime, catch the offender, to get to the disaster zone and so on.

Some propose to grant powers to combat terrorism. In particular, the right to detain members of illegal armed groups and to disarm them in the event of a real threat to other people. The current law stipulates the right of servicemen of the national guard to participate in special operations for neutralization of armed criminals, the termination of activity of illegal armed groups, as well as events related to the cessation of terrorist activities.

In peacetime to protect amber, during the state of emergency – radioactive waste

The authors of the amendments propose to divide the duties of the national guard, depending on whether we are talking about peace or about the period of the emergency. Note, in Ukraine the notion of “state of emergency” is defined in the relevant law. Referring to a special legal regime which is introduced to protect people from the effects of natural disasters, terrorist attacks, conflicts and so on.

At the moment the law on the national guard spelled almost the same duties without separation at the time of application.

The bill provides that in time of peace members of the national guard under must protect the government – and not just from trying to replace it, but capture. In particular, we are talking about the protection of the President of Ukraine.

In addition, the national guard offer charge to protect state-importance mineral resources and to fight against their illegal production. Let us emphasize that at present such duties the national guardsmen there.

During the state of emergency we would like to order the National guard to protect the organs of state power according to the list established by the government and also to defend nuclear installations and radioactive waste. However, the national guardsmen will not have to deal with detained or condemned, and will not liquidate the consequences of violations in prison, although at the moment the law provides it.

Non-lethal weapons and the distance between protesters and national guardsmen

When representatives of the national guard guarding the public order, may be decided on the use of special equipment, weapons, armament, combat and other equipment. Such a decision is taken by the interior Minister, commander of the national guard, the head of operations in a military unit – the commander. If a soldier acts individually, he makes the decision himself.

The bill contains a provision about the distance between protesters and national guardsmen, “which would provide security.” Possibly this distance is determined on the ground. When reducing this distance, the national guard unable to use lethal weapons against protesters. At the moment, nothing similar in the legislation.

If now according to the law the list and rules of application of special means sets the Cabinet, the members of the national guard to use the list from the law “On the National police”.

At the moment, the national guard can use the weapon to reflect the exceptional armed attacks on their employees or representatives, offer to give them such a right is subject to the attack – no mention of weapons.

According to the initiative, representatives of the national guard can use weapons and military equipment, among other things, to reflect attacks using aircraft, in particular drones.

The Committee on legislative support of law enforcement recommended the Parliament to support this bill. However, while the Parliament considers the judicial and pension reform, the document hardly bear under the dome of Parliament. Therefore, the development of the situation is not expected before mid-October.