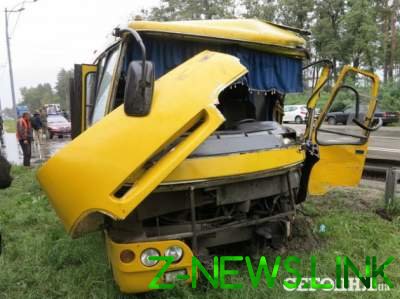 In autoprotective with the bus of the national guard, which happened near Kiev 5 October injured seven soldiers, two of them in serious condition.

At the moment we know that two of them are in intensive care in serious condition. Thus, to their life threatens nothing.

“Now seven soldiers are still in hospitals, two of them in serious condition in intensive care, the rest of the military received injuries of moderate severity. Now the doctors are doing everything possible to preserve and save their health. The military, who are now in intensive care, in serious but stable condition. Doctors work hard to ensure that their health has improved,” – said the press Secretary of the commander of the national guard Vadim Golub.

Note that the accident happened near the military unit. One person was killed and another eight injured.

The investigation into the accident conducted by the General Directorate of national police in the Kiev region under the procedural leadership of the military Prosecutor of the Central region.