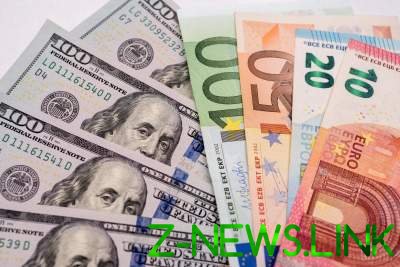 The Euro is influenced by quite different factors than a dollar.

In addition, all other courses are derived from the dollar. The experience of the last four years shows that the Ukrainian currency is seasonal, so now the rate the dollar and the Euro.

This was stated by Deputy head of the National Bank of Ukraine (NBU) Oleg Churiy Radio NV.

“Seasonality is dependent on the agricultural period. We are an agricultural country. Today about 45% of export is agricultural products. Ukraine exports grain. Ukraine is No. 2 in corn exports. The first place we occupied in the export of sunflower oil. When it exports, it is revenue. On the other hand, you need to understand that Ukraine has an economy that is not fully on the light side. In particular, a large part of the agricultural sector is in the shadows,” he said.

See also:  TV presenter plunged into a curious situation because of the question of the astronaut

He also said that in 2016 the fluctuations began in September, 2017, in August this year in July. “The reason is simple. Course important to business and the public. They (the business – ed.) looked at it and realized that reason to wait Sep no, so I bought the currency in August. I think that this year happened the same situation. Here we see the psychological impact. I wouldn’t call what is happening today, panic, but there is a certain nervousness. Fluctuations are not a sign of crisis,” said Cory.

In recent years, the developing markets are quite unstable. For the month, the hryvnia depreciated by somewhere in the 4%, but the South African currency devalued by 10%”, – he added.