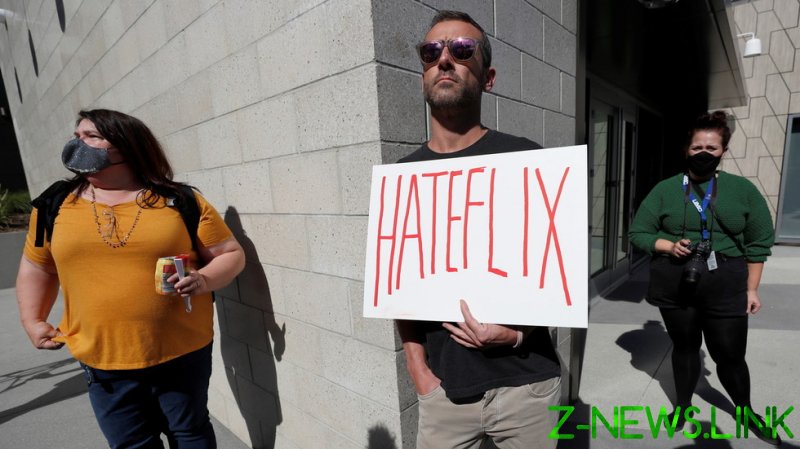 Before I begin, I just want to make sure everyone did their homework. By now, we should all have our own self-identifying cultural sub-group named. You can define it any way you wish. It’s just essential that you be able to monitor interpersonal and global communications for any whisper of mockery, sarcasm or criticism. If you haven’t completed this assignment, you won’t be able to demand tragic attention when life’s cruel jokesters lob perceived insults your way.

Surely, you can see how well it’s working for the most sensitive members of this week’s chosen victim set. One stand-up comic got up on stage and joked about their members (no pun intended). They immediately claimed prime “victim of the week” status and rode the headline tidal waves to the top fold.

Be honest now. It never occurred to you how beyond reproach any member of the trans community was until thusly oriented Netflix employees began walking out of their offices over the unforgivable comedy tucked within Dave Chappelle’s latest special, ‘The Closer’. The trans pearl-clutching was so noisy and so effective one wonders if the offended should send Chappelle a card and flowers by way of gratitude for the attention his on-stage bits brought their way.

That’s what all of this “thou doth protest too much” whining really is: a cry for more attention and the attitude that “my tribe” cannot be teased. Rather than view this Netflix kerfuffle as some crucible of human rights, let’s admit it’s little more than a temper tantrum among noisy, self-absorbed “adults” who don’t like being teased.

The week’s event took the shape of so many other recent disappeared group theater. Someone trips a cancel-culture tripwire and ignites the firestorm of outrage. The group most directly ticked off cries discrimination, hate crime or micro-aggression depending on the given outrage quotient of a given sub-culture. The news cycle feeds the wounded ego for about a week to 10 days, while other competing marginalized clubs wait for their turn to speak their truth and share their pain.

Any example of the now-international pastime of “…you offend me, so now I quit or march or sue or loot…” settles down into one of two simple reactions to mockery or teasing (which is all Chappelle really subjected a trans audience to in his work).

To paraphrase a kid from Denmark who was missing his dad: “To be offended or not to be offended? That is the question.” Of course, there’s only one answer if you want your ego stroked for a few days. Though an adult worldview would recommend shrugging off any offense and showing humanity you’re too tough and self-assured to shake apart over such a minuscule shot across your bow, today’s self-absorbed activist crowd knows a narcissism streak needs a good socio-political polish sometimes.

Whenever I make the argument that any individual or grouping of people gains more respect when taking a joke in its stride as opposed to throwing fits, I receive the same challenge: “It’s easy for you to say, but what if you were the one being mocked?”

I assume the idea is I somehow passed through 21 years of education, earning three degrees on two continents, tumbled through countless relationships of all sorts, won and lost more jobs than most professionals enjoyed hot dinners, never to experience someone criticizing, insulting or mocking me. How reasonable does that sound? Just read the comment section of any op-ed I pen. There are folks lining up and taking numbers to insult me. Sometimes they write more words insulting me that I got paid to write in the editorial. That’s commitment.

The difference in my approach and those of these trans-warriors who want to burn down Netflix is that my hide is strong enough not to allow any public criticism or personal insult to reach my heart. Not only am I not concerned with anyone’s opinion of me, I welcome the broadsides with the knowledge someone is paying attention.

The endlessly offended might argue that they don’t dare take a joke because they’re the ones facing discrimination in the wake of Chappelle’s routine. I would challenge the champions of endless protest to find me surviving examples of anyone in 21st century America denied a constitutional right over their trans status. Our society is so endlessly sensitive now, any such case would be obliterated on sight.

There’s no legitimate human rights issue involved in the Netflix protests – nor any other of the endless conga line of “me, me, me” outrage of the week trashcan fires. It’s the Age of Narcissism painting a slab of cardboard and marching through the streets demanding your unwilling attention and unearned respect.

Shaking off Chappelle could have demonstrated how strong and unflappable the trans community is – but taking a cheap shot in your stride doesn’t get you on TV and never creates the classic narcissistic protest Instagram selfie that stands as the ultimate badge of honor in today’s weedy culture wars.

I have to find something that sets me up in a fully affronted cultural minority, so I can get a little sense of fear-driven adoration. I’m of Polish descent, but that doesn’t get me anything but cheap lightbulb jokes and the occasional garlicky sausage. I’m old enough that I’m not legally allowed to have a Snapchat or Twitch account. Maybe that’s something.

While I looked into how I could jump in on this personal affront, protest attention scam, I sat down with an out-of-tune guitar and penned a folksy, 60s-style,’“We Shall Underwhelm’-type song. Here goes:

Under heaven (or the proposed afterlife of your faith’s choosing or lack thereof, if you believe the world’s more prominent religions are bothering you or offering deities – be they minor or major – that declare too cisgendered or non-diverse)…”

Then I broke a string. I’m still working on it.