The name Leonardo DiCaprio was named a new species of spider 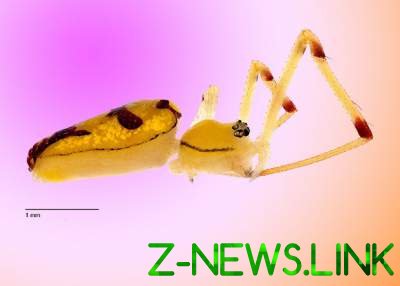 Admirers of the famous actor decided to surprise the winner of the award “Oscar”.

New species of spiders was named in honor of Leonardo DiCaprio and Bernie Sanders, according to the journal Zoological Journal of the Linnean Society.

Several new types of “smiling” of the spiders, inhabitants of the Caribbean were named after celebrities: Barack and Michelle Obama, Bernie Sanders, David Bowie, Leonardo DiCaprio and other famous personalities. Only a biologist from University of Vermont and his students found and described 15 new species of spiders.

Note that scientists often name new species after famous people. Earlier zoologists immortalized in the names of animals, Barack Obama, johnny cash, the singer Enya and the leader of Finnish symphonic metal band Nightwish Tuomas Holopainen. Recently, the Russian and Mexican scientists have named a new species of parasitic riders in honor of Alexandra Elbakyan, Creator of the website Sci-Hub that provides access to full texts of scientific articles.