Home / Incident / The murder of the fighter of anti-terrorist operation near Kiev: new details

The murder of the fighter of anti-terrorist operation near Kiev: new details 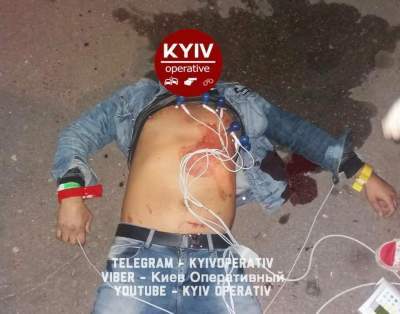 The police has not yet taken to assert about the basic version of the death of a soldier of the 11th battalion “Kievan Rus”, the Chairman of the NGO “Native land” Ruslan Yatsyuk, in Brovary, on October 21, but suggested that the reason could be verbal conflict.

“We still cannot clearly say what the main version. One of them, between the participants of the fight there was a verbal conflict. It started in one of the bars Brovary, then escalated into a fight. They went outside, and there is already happened, this murder, where he suffered stab wounds to the abdomen and chest. As a result, and died 36-year-old local brovarchanin”, – said the speaker of the Department of MIA in Kiev region Nikolay Zhukovich.

The speaker explained that the final conclusions will be made after completion of the investigation.

It was opened a criminal case under article 115 UK of Ukraine (premeditated murder).