Home / business / The murder of the Chairman was interested Kadyrov – MIA

The murder of the Chairman was interested Kadyrov – MIA 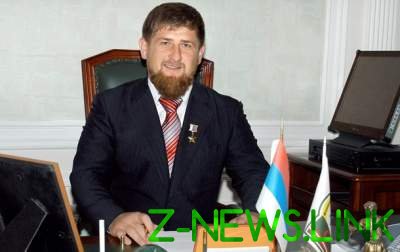 Advisor to the interior Ministry saw Russian trace in the attempt.

In the assassination of MP Ihor Mosiychuk was interested, the head of Chechnya Ramzan Kadyrov. This was stated by adviser to the interior Minister Ivan Varchenko.

According to him, Kadyrov may be relevant to the assassination attempt against MP, since 2014, threatened to kill him.

“Options can be many. The client single – RF. There is concrete evidence that can confirm that are interested in particular statements of Ramzan Kadyrov from 2014, in which he spoke directly about his intentions to kill the Chairman and some of his colleagues. The consequence considers, and must consider other versions, but I think the evidence base is now sufficient to enable one of the priority to consider is the version of the Russian customer. And do not rule out that the perpetrators can be very diverse,” he said.

See also:  The murder of the fighter of anti-terrorist operation near Kiev: new details

In addition, a colleague at Mosiychuk of the Radical party, Vasil’chenko does not exclude that the attack can be connected with the election campaign.

“Do not rule out the version that involved in the election campaign, because Igor was very active in the districts, and on the ethers … I understand that the version of a terrorist attack more likely, but what was waiting for Mosiychuk is obviously, in my opinion,” – said the MP.

Another member of the same party Mosiychuk, the people’s Deputy Yuriy Chizhmar, believes that customers in the assassination of the Chairman should be sought in Ukraine.

“I think it’s Ukrainian trail, I would consider the parallel with the Russian Ukrainian component. I don’t believe it is for political reasons, I do not believe that we are talking about some colleagues in the Parliament from other factions. To me it seems absurd solution,” he said in comments to “112 Ukraine”.