The murder of 7-year-old boy near Kharkov: new details 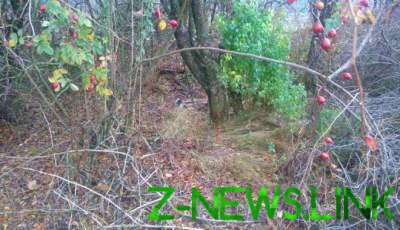 The boy was considered missing.

In the Kharkiv region police uncovered the brutal murder of a boy born in 2009. About it reported in a press-service of the police.

Drove the body to a vacant lot and burned in Kharkiv taxi driver killed a woman for a phone.

3 September Velykoburlutske area lost the pupil of the second class of the local boarding school. After nearly two months, the local inhabitants found near the memorial complex, the child’s body with multiple stab wounds. To establish the identity of the alleged killers, law enforcement officers failed in the same day – it was a 48-year-old man. According to men, the reason for the massacre at the cemetery collect the products.

“The day of the murder he was at the grave gave the boy alcohol vodka, waited until he loses consciousness, and then took him to the wasteland, where they caused 32 stab wounds. Mentally ill man thought that the guy encroaching on his right to collect from the graves of food and drinks. This cruelty is explained by the fact that he likes the color of blood”, – said the head of the investigation Department of GUNP in the Kharkiv region Sergey Chizh.

According to police, the child was brought up in a single parent family and often went to the cemetery to collect candy and cookies. Two of his brothers are brought up in the Kupyansk boarding school, but their mother is not actually involved in the upbringing of children.