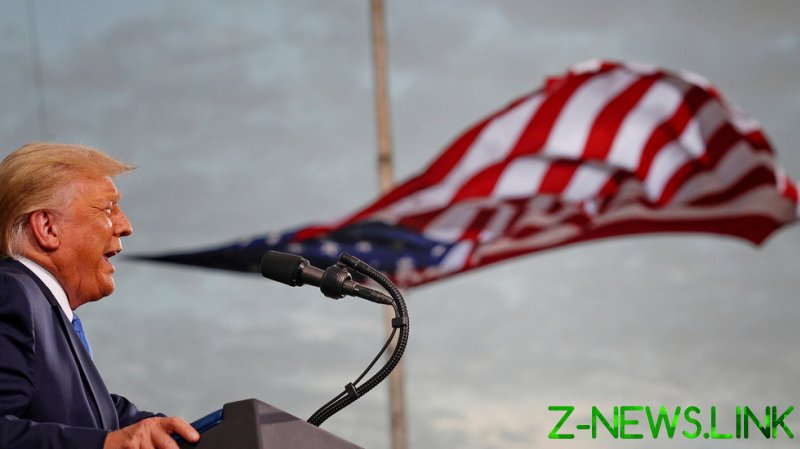 “We did what we came here to do — and so much more,” Trump said in the speech on Tuesday afternoon. He argued that his administration restored American strength at home and leadership abroad, “built the greatest economy in the history of the world,” and achieved a “series of historic peace deals in the Middle East.”

He added that he prays for the new administration’s success in “keeping America safe and prosperous.”

“No nation can long thrive that loses faith in its own values, history, and heroes — for these are the very sources of our unity and our vitality,” Trump said. “America is not a timid nation of tame souls who need to be sheltered and protected from those with whom we disagree.”

Commenting on the January 6 “assault” on the US Capitol, Trump said “all Americans were horrified” by it and that political violence “is an attack on everything we cherish as Americans. It can never be tolerated.”

Democrats have blamed Trump personally for “inciting” the unrest, which the House of Representatives described as an “insurrection” in the one-day session ending in a vote to impeach Trump last week.

Biden and House Speaker Nancy Pelosi (D-California) have also called Trump supporters “domestic terrorists,” while several lawmakers have proposed new laws to allow the US government to crack down on domestic dissent. Democrats will control the White House and both chambers of Congress after Joe Biden and Kamala Harris are inaugurated on Wednesday.