Home / INCREDIBLE / The moon had a dense atmosphere

The moon had a dense atmosphere 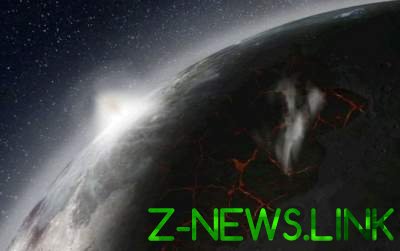 On the moon millions of years was the atmosphere.

The researchers believe that the volcanic processes that occurred on the moon 3-4 billion years ago, allowed it to have its own atmosphere.

To such conclusion scientists from the Institute of moon and planets (LPI) at the Space center Lyndon B. Johnson NASA.

The moon now has no atmosphere since the satellite does not have a strong enough magnetic field and sufficient mass to hold an atmosphere around you. Unlike Earth, any atmosphere around the moon quickly disappeared because of the solar winds. However, a new study indicates the Moon for a short time still had atmosphere.

The team used samples of lunar regolith brought to the Earth the crew of expeditions Apollo 15 and 17 to calculate the amount of gas accumulated, forming a transient atmosphere. They found that volcanic activity peaked around 3.5 billion years ago, when the atmosphere of the moon was the most dense.

“This work fundamentally changes our view of the moon. Of airless rocky body, it becomes more like Mars today,” said David Kring of the space flight Center of NASA.

The atmosphere of the moon, according to calculations of scientists, was to survive for quite a long time, about 70 million of years of these reserves of water and carbon dioxide could settle in dark craters at the poles, where it was relatively cold and dark. If this is true, then the sources of ice on the moon by the astronauts and colonists can use for the extraction of drinking water, growing food and other needs.