Home / INCREDIBLE / “The monster”: in Alaska, discovered the remains of an unknown creature

“The monster”: in Alaska, discovered the remains of an unknown creature 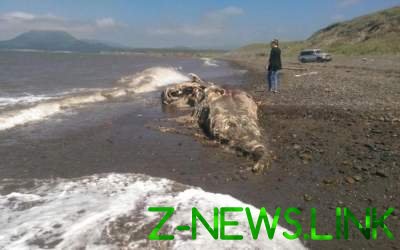 Scientists speculated on what creature belong to the discovered remains.

On the coast of Berners Bay in Alaska have found the remains of the unknown creatures like the intestines and maybe the liver of some sea animal. This was told by a former fisherman Bern deal.

According to him, the remains of the smell of rotten fish and ammonia. The man took a few photos and posted them to social networks.

See also:  Scientists have uncovered the mystery of Britain 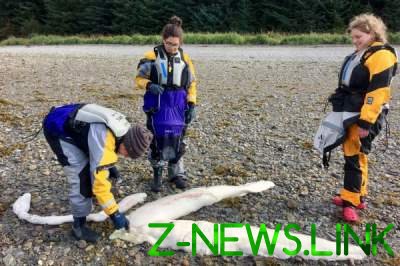 Seeing the image on the footage, experts have suggested that this may indeed be the liver of the Pacific polar shark, which is found in this region. However, they can’t understand how the remains of a predator living at a depth of not less than two kilometers could be on shore, and why none of the marine life and the vultures did not even pay attention to them.

See also:  Scientists have made a Grand discovery about the moon

In turn, deal doubt whether it is the liver of a shark, because it is too big for this creature. In his opinion, for such a body polar shark should be a huge size, and the one who broke it, even more. Remains sent for examination. Perhaps in this way we can figure out who they belonged to in reality.