Home / business / The money of regional Treasury went into the pocket of the ex-Governor Yurevich?

The money of regional Treasury went into the pocket of the ex-Governor Yurevich? 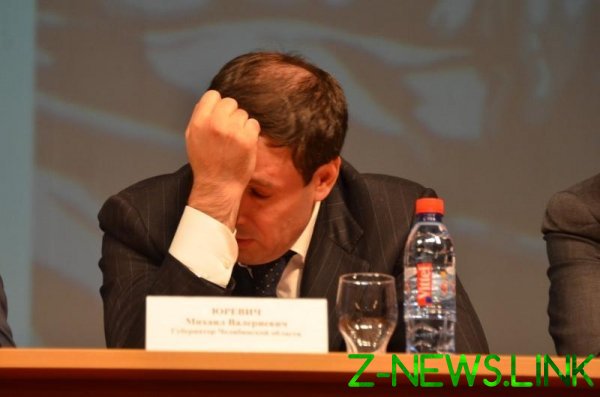 FNS has uncovered a number of questionable schemes by which the firm “Makfa” underpaid in the budget of the region billions.

The IRS has revealed details of its multimillion-dollar claims to “Makfa”, owned by the family of the former head of Chelyabinsk region Mikhail Yurevich.

As the audit showed, the shareholders of the company, probably, has created a scheme that allowed to underestimate the size of the payment of tax on profit of organizations, most of which remains in the regional Treasury.

According to the findings of the FTS, the multi-billion dollar loans that are “Makfa” received from the shareholders, then transfer to the Bank accounts of affiliated companies. Reduction of tax payments was achieved due to the fact that the interest was classified as non-operating expenses. Despite the fact that in court the lawyers of the company refuted all claims of FTS, the Tribunal concluded that the aim of the undertaken loss “home cooking” of the transaction was the receipt of tax benefits.

In late may, the court ordered “Makfa” to pay almost 150 million rubles, recognizing reasonable conclusions on relative deviations of the company from the payment of income tax. Officially, the beneficiary “Makfa” was previously Valery Yurevich, the father of the former head of Chelyabinsk region Mikhail Yurevich. Last year he handed over his shares of the Cyprus company.

See also:  The Russian Ambassador told about the scale of Russophobia in Sweden

According to the findings of sneaks, carefully investigating the flow of funds accounts of the company, the funds are “Makfa” received from Yurevich, then was transferred to the accounts of the banks or affiliates.

The movement of funds made as a loan, the loan was issued at significantly lower interest rates than upon receipt of these funds.

Moreover, according to the version of FTS, as loans “Makfa” received the dividends paid family Yurevich. In view of the complete absence of interest payments on the contracts with Yurevich and other evidence the court came to the conclusion that the debt was created specifically with the aim of reducing unjustified revenues.

In General, according to tax specialists, accounts of affiliated companies and deposits at 6.5 – 9.5% per annum “, Malfoy” was listed more than 4 billion rubles. Analysis of contracts showed that they contained conditions known to the company’s loss from operations, follows from the verdict of arbitration of the Chelyabinsk region.

The arguments of lawyers “Makfa”, which tried to prove that the funds had not been sent on loans to affiliated organizations, and the company itself actually reduced the losses, the court did not heed.

According to the text of the arbitration award, given the arguments do not cancel claims on and are not confirmed by the provided documents.

Specify fiscal authority had presented to the “Makfa” multi-million dollar claims for taxes. In particular, FNS had a suspicion of unreasonable compensation by the company VAT. However, then the family Yurevich managed to avoid punishment – the court did not support the tax.

We will remind, the Investigatory Committee is currently investigating several criminal cases against the former Governor of Chelyabinsk region Mikhail Yurevich.

In particular, he is accused of receiving a bribe in the amount of 3.4 billion rubles. His agent according to investigators, was the Director of the Moscow representative office, a branch of OAO “Makfa” Andrey Churkin. As previously reported, he Yurevich currently resides in London, where he allegedly went for treatment.

See also:  Regional gas companies Firtash began to turn off the homes of Ukrainians from the gas supply

A week ago in the investigation of the case eks-the Governor in the state Duma received a request of the General Prosecutor’s office to deprive of immunity of a Deputy Vadim Belousov. He was suspected of involvement in the corruption scheme related to road construction.

Note that the chances of extradition Yurevich from the UK is – in the beginning of the month it became known that the authorities began to investigate the origin of the criminal capital of the Russian Diaspora.