Home / Society / The moment of truth. Corruption Belarus among the worst

The moment of truth. Corruption Belarus among the worst 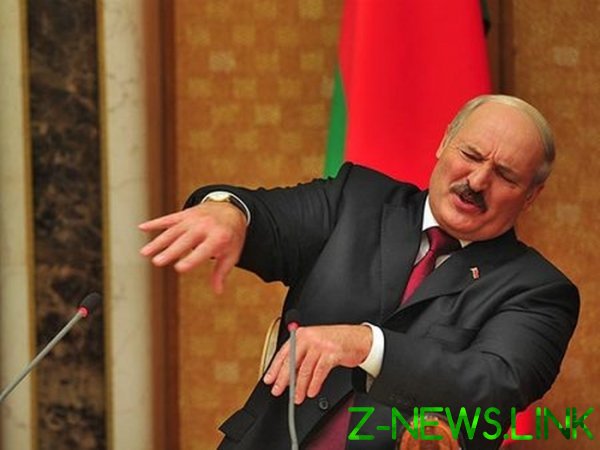 In Belarus there is neither the strategy nor the action plan for the fight against corruption, and not even an effective prevention system. And most importantly, the Belarusian authorities have nothing to say against it.

The group of States of the Council of Europe against corruption (GRECO), which includes Belarus, for the first time in his practice made a statement about the failure by one of its members, the Council of Europe standards. Those standards which relate to measures to combat corruption. According to GRECO, of the 24 recommendations for all time Belarus has fulfilled only four.

The point is not quantity or even the quality of those recommendations that have been executed/not executed. Here is very typical of the approach of the Belarusian authorities to the issue of the fight against corruption. To the question that the President raises weekly, ridden came to power and which holds all these 25 years.

Belarus is in the Greek with the 2012. During this time the country was developed and propiarit new law “On combating corruption” in government agencies and state-owned enterprises created numerous anti-corruption advice (their number is even difficult to count), always held a coordination meeting on the fight against corruption… Is so much that sometimes it seems that the country declared a General mobilization, not even in the struggle, and the war against corruption. And now it turns out that all this is just an imitation of rough activity. In principle, it was clear to many before, but now it is marked and on a global level.

You can also understand why Belarus is not fulfilling recommendations concerning the independence of the courts, increasing independence of the General Prosecutor’s office, Investigative Committee, the interior Ministry, the fight against corruption. These are the tools of control of the Belarusian society, which the President will never let out of his hands. All this is understandable, we are used to it, as to the fact that the President will never agree to limit his tenure as head of state (also one of the GRECO recommendations). Understand more why Belarus does not want to implement even those recommendations that do not carry any threat to the current government.

For example, GRECO recommended that Belarus should develop a system of preventing corruption, enhancing the interaction with civil society, with the development of action plans and strategies to combat corruption.

It would seem, when the country generated so much Public Advisory councils for business development, why not take another step and not to create a public Council for the fight against corruption? Yes, we have the public Council at the interior Ministry, among whose tasks there is such “assistance in the implementation of state policy in the sphere of combating crime”, but in 5 years the Council’s action does anyone remember at least one initiative addressing corruption?

In the creation of public anti-corruption Council is no threat to the government, but there is a real threat to the corruption that has long been part of the public administration system.

Or why not to expand the access of the public and journalists to information related to budget spending? For whom then is the threat? Yes for all those that are ruled in the state Belarusian.

It is also remarkable that among the 49 countries participating in GRECO Belarus is the only one who never allowed the publication of the report on the state of Affairs on implementation of recommendations. Although the EU said the report is not hard any ukazivki, widely used in Belarus and distributed from the top down. It’s just a list of issues for discussion. It is a platform for dialogue, which in GREEK is, with all (even with Russia), but Belarus is not. Is it any wonder then that in Belarus even for the needs of health zakupki are made at prices 4-5 times more expensive than Moscow hospitals?

Belarus does not want to discuss or explain their actions regarding the fight against corruption. In this case, “no specific initiatives that could help to achieve progress in the near future, it is not revealed”. This means that no gap in this question is not even visible. Although it would seem that you praised a new law “On combating corruption”, take it on Board and prove that Belarus is fighting against corruption as effectively as no country in the world. Not able to go out, to prove something to competent people. But to tell the electorate that in Belarus, corruption has in fact curbed, although really just saddled – that’s what we do. Here we really have no equal.