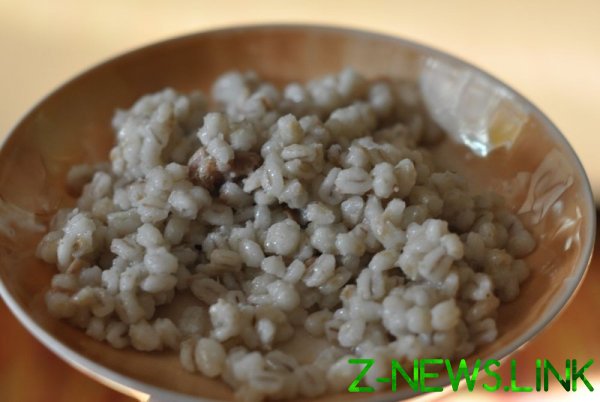 Can surprised, if you think about how many good and useful things (which is now) did not exist in the scoop. For example — in the USSR there weren’t such thing as fast food — though the idea of a snack in the middle of the working day for the Soviet Union was more than relevant.

What’s interesting about the fast food you can’t say the same thing that fans of the scoop like to talk about other areas of life, they say what you drive on the USSR, then all lived, this was the time. No, my friends — a normal fast food existed in developed countries at least since the 1940-50-ies, there was a lot of fast food restaurants, invent new dishes (the same battered chicken from KFC) — but the scoop did not develop and remained at the level of the smelly station Pyrozhkov beginning of the XX century, and in the worst — rolled not to “bottle of yogurt, pivatana”, glorified in the song.

So in today’s post — the story about poor Soviet fast food. Make sure you check out the article below, write in the comments your opinion, well to friends to add do not forget) And telegram channel also subscribe.

For a start, in a nutshell, let me remind you that was the Soviet system of public catering — I already many times wrote about the miserable Soviet canteens, so just two words will remind you. Normal cafe in the modern view, the USSR was not — the whole system of catering was owned by the state, there was no competition and therefore the quality of food and service realm was consistently low. Products stolen, the food was tasteless, service was rude. 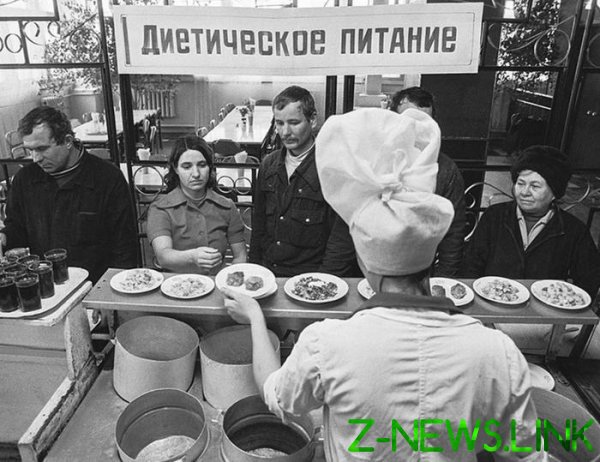 For those who “eat fast” shovels canteens offered options such as pies or tea Cup sour cream — however, the “quick” in the event of a Soviet canteen was quite a relative concept, as you still would have to defend a considerable part of those who came to lunch.

In some of the dining rooms there were also separate bars/cafe with snacks, cakes and tea — but there are, as a rule, too, was very poor, stale and lacking appetite — some of yesterday’s sandwiches leeward sausage, stale biscuits milk, diluted yogurt, and so on. As elsewhere in the scoop — served in such places is rude, with a constant charge of staff at the scandal — at the slightest question like, “do you have sandwiches fresher and hotter tea” — followed by a response in the style of “Musina! You, more than anyone need something! Take what you have or come on in!”.

And now we go to separate institutions, which can fully be attributed to the “Soviet fast food.” First is, of course, all kinds of pirouznia and taste — that existed either as separate small institutions, or in the form of street food stalls.

The quality of the food in such establishments was consistently low — meat pies were few and it was sinewy, the cakes were often yesterday that was easily guessed at who had become stale dough that is just slightly warmed on the outside. Well, shovels pasties because of the constant savings’ve been fried in the same oil which made them not just tasteless, but toxic food.

And the saddest thing — all that stuff is still bought on the principle of “where do I go from a submarine” — because no competition is simply not there, people were forced to eat this swill. 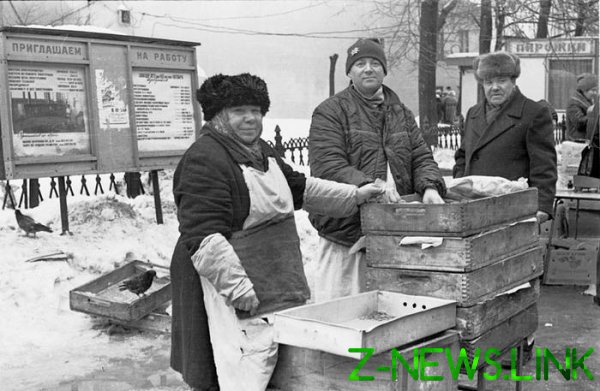 The second type of institutions that can be attributed to the Soviet system of fast food — was all’ll, where you could buy beer and some simple snack for him, like the mummified salted bream.

Soviet’ll was a real bottom — dirty sticky tables (often standing), dirt, creepy underclass contingent — which often sneak in beer dabble vodka and senacal the resulting cocktail, calling it “ruff”. Disento such establishments was evident even in the absence of detergent — Soviet alcoholics are often stolen/smashed beer mugs, so the beer is dispensed it in its own container, like a half-liter cans, which were used instead of cups: 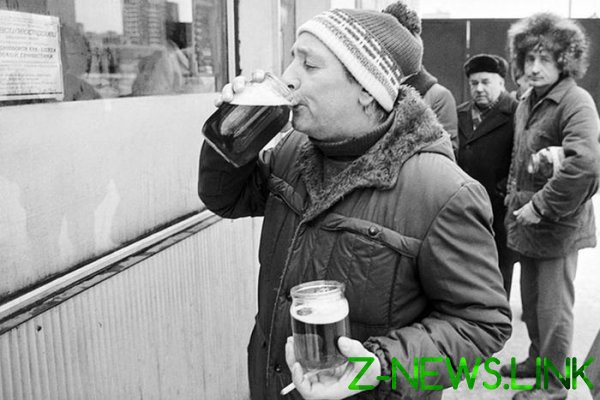 However, Soviet’ll existed in almost all the years of the Soviet Union and a certain contingent was considered “a normal place for a rest and a snack”. To close this horror began after the end of the scoop, near the end of the nineties.

3. Meager snack at work and at home.

If you look Soviet films, many of them would find the scene “work bites”, this often looks very sad — as a rule, people hamster some cheap store-bought bread or loaf with cold milk or yogurt — a scene is, for example, in the movie “Operation y” and many others.

What prevented the Soviet Union to sell on the street or directly at the enterprise some hot fried potatoes with salt, hot fresh pastries or the same hamburgers? In the “planned economy” these simple and humane things have not been laid, and scoop all of this did not exist as a class — people while snacking hamster working that have and that it was possible to buy for a short lunch break, as they a horn to the local shop. 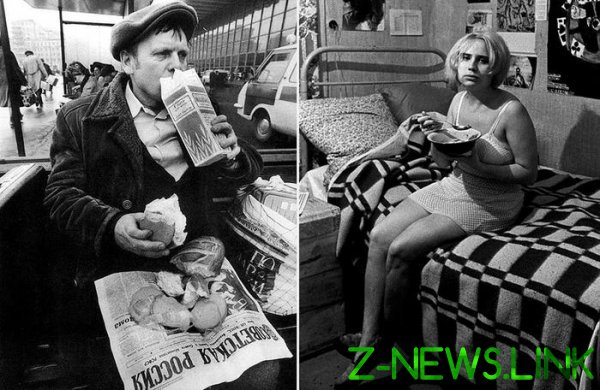 Yes, and traditions of beautiful pet snacks, as it is for example in southern Europe, the USSR was not. Make some beautiful mini-sandwiches or cheese (or fruit) meats — it’s not about the scoop, including because the USSR was not normal products for that. Most often the Soviet home snack looked like in the photo — what some tasteless sandwiches with tea or yesterday’s potatoes from metal bowls…

And in the comments write what you think about this. Remember the Soviet fast food? What do you say about him?