Home / WORLD / The minority-led movie ‘In the Heights’ is failing financially, so the woke now want to ban the box office as a success criterion

The minority-led movie ‘In the Heights’ is failing financially, so the woke now want to ban the box office as a success criterion 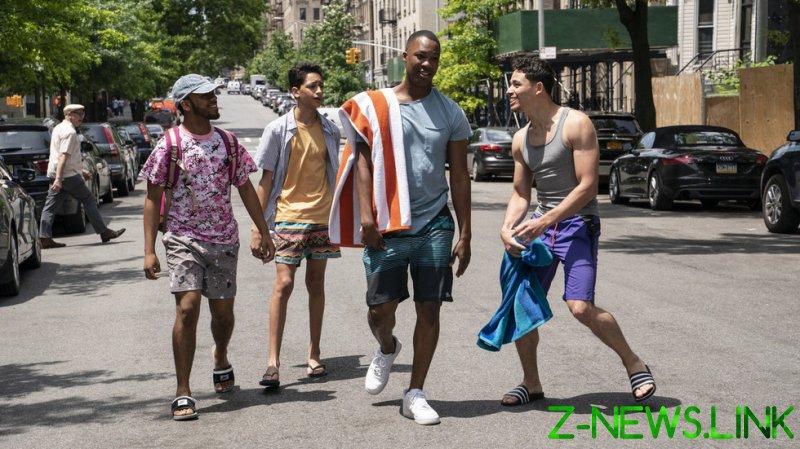 It started in 2020, when the Academy Awards put new rules into place that required future films to be diverse and inclusive in order to qualify for nomination. Now, to bolster that diversity and inclusion agenda, the woke enemies of merit in art and entertainment have set their sights on eliminating box office receipts as a measure of cinematic success.

‘In the Heights’, a musical with an Asian director, Latino writer and all-minority cast, made a measly $11 million at the box office in its opening weekend, instead of the $25 to $50 million some delusional fools were projecting. It’s looking as if it will make considerably less in week two, but, apparently, we need to ignore its failure to sell tickets and laud its inclusivity aims.

In an LA Times article titled ‘How Hollywood’s box-office parlor game hurts movies like “In the Heights”1, writer Ashley Lee declares that the film industry “will have to learn to define the ‘success’ of a film more broadly than in dollars and cents” if it wants to fix its “intractable diversity problems”.

This idea is reminiscent of colleges dropping the SAT and elite high schools dropping difficult entrance exams to boost diversity, or when the military or fire department weakens its physical entrance test to accommodate women.

This ‘equity’ approach, which is meant to result in equality of outcome, as opposed to equality of opportunity, beautifully sums up our narcissistic, petulant and coddled era, in which, if anyone fails a test, then it’s the test’s fault and not the test-taker’s.

As for Lee’s idea of dismissing the box office, it makes perfect sense, according to woke illogic, as once diversity and inclusion become the most important things about a movie – which the Academy Awards now claim they are – then, of course, box office receipts as a metric for success become obsolete.

To the woke, if a movie checks the right identity boxes, it’s already a smash, regardless of whether it makes money, is a highly crafted work of art or is entertaining.

Of course, this is all just more hypocritical woke preening, pandering and virtue signaling, as Lee and her ilk use the box office as a bludgeon as much as anybody when it suits them. For example, in a glaring case of ‘physician heal thyself’, the article bemoans the “parlor game” of box-office projections and expectations that, when not met, set a negative narrative around a minority-led film, but plays the same parlor game, linking to another piece that claims ‘“In the Heights” is the rare Latino blockbuster. Three Times writers on what that means’. That headline ran the day the movie opened and made presumptions about how it would be received that ultimately failed to materialise.

The box-office success of ‘Black Panther’, which made over a billion dollars, and female-led movies such as ‘Captain Marvel’ and ‘Wonder Woman’ are often used as evidence by those who say diversity is the ticket to prosperity. Hell, ‘In the Heights’ only exists in its current form because director Jon Chu had a blockbuster with ‘Crazy Rich Asians’, with its all-Asian cast, and writer Lin-Manuel Miranda’s ‘Hamilton’, with its majority-minority cast, raked in wads of cash.

Not surprisingly, considering its fatally flawed philosophical foundation, the rest of Lee’s vapid article is peppered with vacuous declarations about diversity and inclusion problems in Hollywood – most notably, “the vanishingly rare major studio movies with nonwhite leads”. I wonder if she actually watches movies, given, over the past 30 years, Denzel Washington and Will Smith were two of the biggest movie stars working in Hollywood, and, in the past decade, Dwayne ‘The Rock’ Johnson, Michael B. Jordan and the late Chadwick Boseman have dominated major studio films.

In addition, in 2020 alone, ‘Tenet’, ‘Sound of Metal’, ‘Soul’, ‘Minari’, ‘Ma Rainey’s Black Bottom’, ‘One Night in Miami’ and ‘Judas and the Black Messiah’ all had “nonwhite leads” and were nominated for Oscars. And Will Smith’s ‘Bad Boys for Life’ and ‘Jumanji: The Next Level’, starring Dwayne Johnson and Kevin Hart, ranked first and fourth, respectively, at the US box office for the entire year. This proves that, contrary to Lee’s inane claims, Hollywood’s use of “nonwhite leads” is neither “vanishing” nor “rare”.

I’m a cinephile who prefers the arthouse to the cineplex, so box office is not exactly something I hold up as a symbol of cinematic virtue. But, in the case of ‘In the Heights’ and other examples of mainstream Hollywood entertainment that are designed to rake in money, using box office receipts to measure their success or otherwise is the only viable and logical metric. In La La Land, the only color that truly matters is green, so the notion of eliminating that particular measure of a film’s success would go down like a lead balloon.

The reality is that the woke can rig the system to honour their trite version of ‘diversity and inclusion’ with Academy Awards, but if they want lasting power in money-hungry Hollywood, their movies had better make bundles of cash or their whole house of politically correct cards will come tumbling down right on their empty little heads.