The Ministry of justice did not register a political party Savchenko

Hope Savchenko said that the registration of the party will employ all legal mechanisms.

The Ministry of justice of Ukraine has registered the political party “political platform of Hope Savchenko”. This was stated by people’s Deputy of Ukraine Hope Savchenko at the Press center Information Agency LigaBusinessInform.

“Today we had to present a new political power, “Public policy platform of Hope Savchenko”. Everything was ready for the presentation, except for one. Party being re-registered. And justice, regardless of what exhausted all the terms of the law, providing no comments, no explanation, not answering any of the calls, the queries, the phone calls, did not make re-registration of the party”, – underlined Nadezhda Savchenko.

The MP claims that often denied registration and other political forces. “It’s not just a party, we have created the mechanism that we want to open up to people. This is happening in Ukraine constantly,” she said.

According to Nadezhda Savchenko, in Ukraine there is a need to change the political system. “Regardless of any legal, bureaucratic hitches and people are going to legitimize the mechanism in which they believe. It shows Maidana, show a new direction of political movements, forces which understand that such a political system that has evolved over 26 years of independence of Ukraine, has no right to exist,” she said.

The MP is sure that party over time will still be registered. “The legal paperwork, the whole process will be completed, legally or through court appeals,” she said. 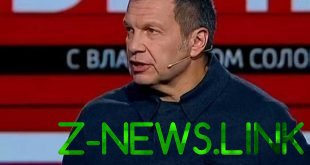