Home / policy / The Ministry of foreign Affairs, the United States sent a protest note to Russia in connection with the construction of the naval base in Venezuela

The Ministry of foreign Affairs, the United States sent a protest note to Russia in connection with the construction of the naval base in Venezuela

According to media reports, the decision on the beginning of construction of the Russian military base in Venezuela (specifically talking about the point of placing submarines of the nuclear fleet) was taken last fall. 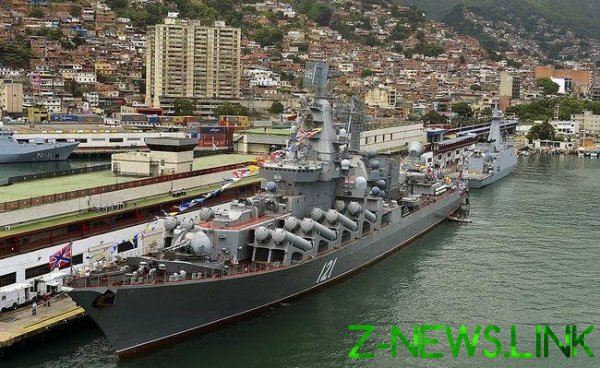 Previously reported by one of the Deputy Sergei Shoigu Nikolai Pankov, speaking before the State Duma of the Russian Federation. Such news has caused a violent reaction in the United States.

The United States officially announced the discontent in Russia at the diplomatic (state Department) and military (Pentagon) lines.

The line of the state Department, Russia had suggested “to withdraw”, in order “not to further aggravate” the situation in the region. The military office of “our partners” (the Pentagon) said about the possibility of a strike on a future military base.

Special “piquancy” situation betrayed a new round of American military and political campaign against Venezuela. Another attempt of a coup d’etat (direct participation of us military experts and intelligence services of the USA) again have failed. According to media reports most of Venezuela, has helped to suppress the invasion of Russian military Forces and Special Operations.

The interest of Caracas to this database is more than clear: it is a safeguard against any future incursions by the US. Also clear and an interest – base submarines in Venezuela will be an asymmetric response to the deployment of the Washington’s missiles in Europe and Asia [in our perimeter]. This also explains the ardent protests from Washington.

Due to a medical situation in the world (and not because of threats to the United States), the construction of the base was postponed. And now [as reported by the above media], the decision on the resumption of the project to a new portion of dissatisfaction with the “American partners”.

It is planned that the construction will be completed in 2028. On the basis of the placed missile submarines, the purpose of which is to control the neutral waters in the Caribbean and the Atlantic ocean off the coast of the United States.