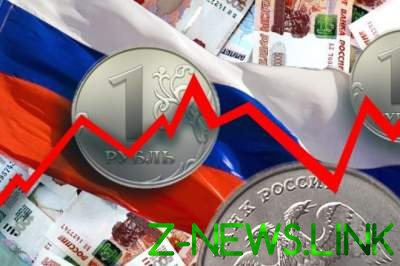 In Russia are preparing for force majeure.

The Finance Ministry is preparing for force majeure. In the media leaked information that the financial Agency has requested for himself emergency powers for manipulation in the foreign exchange market, i.e. the right to regulate the issuance of permits to purchase foreign currency and some other operations.

The end of the week for the currency market may be issued life-changing. The European Central Bank made a decision to drastically curtail the program of quantitative easing pursued in recent years, which immediately reflected on the Euro. Meanwhile, the Bank of Russia in the penultimate time in 2017 will change the key rate. In anticipation of these two events, the authorities have intensified in the financial market. Giving a reason to the experts to say that Russia is prepared to exchange hunger.

The European regulator on Thursday announced o the future of their monetary policy to support the national economy. Method of asset purchases by the European Central Bank to stimulate credit organizations to keep the money in the accounts, to invest in the real sector. The program was designed before the end of 2017, according to ee conditions, the ECB bought back in the market with assets amounting to around €60 billion per month. The manual regulator has decided to extend the redemption for another 9 months, but reduce the amount to €30 billion per month. It is possible that the consequences of the referendum in Catalonia and the forthcoming election of the new head of the U.S. Federal reserve will cause an undesirable reaction of the markets, while a European Central Bank desirable to do without shocks on the foreign exchange market, although the risks of their occurrence laid in the Euro.

See also:  In Armenia the Russian military killed a colleague and himself

Against this background, the expected reduction in the key rate of the Central Bank of the Russian Federation is alarming. Most analysts predict ee a decrease of 25 basis points, from 8.5 to 8.25%, although there are chances and more than a sharp jerk down to 8%. Russian financial system is closely linked to American and European, therefore, as a rule, the reduction in the rate of the rouble reacts to the loss of positions against the dollar and the Euro, the stability of which is questionable.

Therefore, in Russia, watching the UPS and downs of the global currency market with caution. The financial authorities of the country have wreaked havoc, but they are clearly concerned about the prospects that affirm their actions. Analysts of the Russian commercial banks have noticed in the statistics of the Central Bank’s unexpected resumption of large-scale foreign currency loans in the dynamics of 2017: c $1.7 billion in the first quarter to $4.6 billion in the third. Thus, the Central Bank provides long-term bonds to obtain liquidity, acting as though expecting the currency panic. Like pace, he increased the volume of borrowing only in the crisis year of 2009.

See also:  The scandal in the defense Ministry: new details

Meanwhile, by force majeure are prepared and the Ministry of Finance. In the media leaked information that the financial Agency has requested for himself emergency powers for manipulation in the foreign exchange market, i.e. the right to regulate the issuance of permits to purchase foreign currency and some other operations. Similar measures were used in 1990-e years when the country suffered from a serious shortage of currency.

However, if you do not take the actions of the Ministry of Finance and the Central Bank for a disturbing deja vu, they can carry additional signals. Senior analyst of “freedom Finance” Bogdan Zvarich does not preclude the deterioration of the situation, but suggests that the Finance Ministry’s proposals could mean the government’s commitment to liberalize exchange controls. “Given the stable economic situation and the stability of the exchange market, some of the restrictions imposed during the crisis by the end of 2014,” — says the expert.

See also: Declassified the loss of Russian mercenaries in Syria

But, given the sanctions regime and the possibility of tightening, the analyst believes, on the liberalization of exchange controls can be imposed mechanisms, the introduction of which in a crisis may lead to restrictions aimed at stabilizing the situation on the currency market to support the ruble.