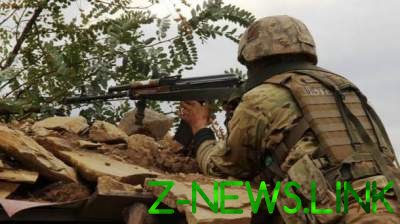 The Ukrainian military suffered losses after attacks on Lugansk the direction.

In the course of the day in the area of the ATO fire activity of the Russian-occupation groups have been concentrated mainly on the Lugansk direction.

The military said that since midnight, militants opened fire with 82-mm mortars on the position of the Ukrainian military near Trehizbenki. The same mines and grenades t automatic grenade launcher fell to the side of fighters of VSU near Novotoshkivske. And small arms Pro-Russian mercenaries opened fire from Novoaleksandrovka.

As a result of the fire about 11:00 one of our wounded military. Now the victim is in the hospital. His condition is estimated as satisfactory.

In the direction of Donetsk was relatively calm and the militants were from anti-tank grenade launchers on the outskirts of Experienced and Zaitsev.

Heavy machine gun and small arms the enemy used near Water and Pavlopol, at the seaside track.

In General, since the beginning of the day illegal armed groups nine times broke the truce. Armed Forces 4 times meets the enemy using infantry weapons. As a result of combat action one Ukrainian defender was wounded.