The militants organized the provocation on the border checkpoint in Novotroitsk 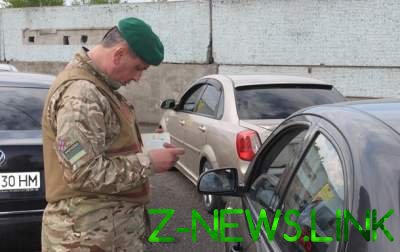 The IAF deliberately missed the people in the “gray area” and further, knowing that the work on the PPC ended.

Illegal armed groups on Thursday, October 26, staged a provocation in novotroitske in Donetsk region at the crossing point of the line of demarcation. This was reported on Facebook page of the press center of staff ATO, citing data of the Ukrainian side of the JCCC.

It is noted that the separatists, knowing that the checkpoint of entry-departure Novotroitskoe open until 18:30, from the uncontrolled Ukrainian government territory after 18 hours in the “gray” area KPVV from the territory of the ORDO missed 166 cars with civilians.

“Due to the occurrence of a real threat to the life and health of civilians, among whom were the elderly and women with children, a sharp deterioration of weather conditions, the cars from the side of the Ukrainian border guards have been designed and missed as soon as possible”, – stated in the message.

It is noted that the KPVV Novotroitsk on the Ukrainian side finished in 19:50.