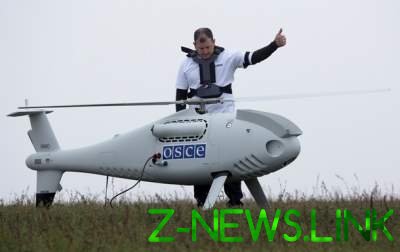 Separatists from the self-proclaimed “LNR” tried to bring down a drone of the special OSCE monitoring mission near the village of Long Luhansk region. This was reported in the summary of the mission for November 27.

“3.5 km South-East of the village a Long (22 km North-West of Lugansk – editor), the members of the patrol mission heard at least 100 shots from small arms at 500 meters to the West from its position – in the area where they flew unmanned aerial mini UAV camera,” – said the OSCE.

See also:  These foods you can't eat on an empty stomach

According to observers, the shots were fired from the positions of the “LC” and focused on the UAV that managed to land.

On the same day, the SMM was informed by the Joint center control and coordination on planned UAV flight in the area.

“After the incident, the mission reported the incident to SCCC, and also requested to look into this incident”, – is spoken in the message.

See also:  Russian security forces came to the activist of the song