Home / Video news / The militants “LNR” hinder the work of the OSCE. Video

The militants “LNR” hinder the work of the OSCE. Video 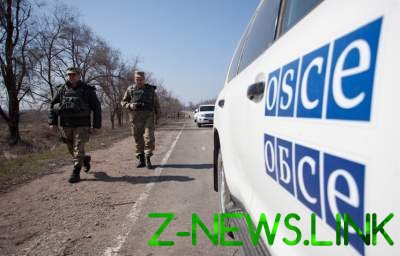 The “LC” is used the laser to “zaslepit” camera SMM in the Village of Lugansk.

Special monitoring mission (SMM) of the OSCE declared about preventing observers from militants of the so-called “LNR”.

It is stated on page OSCE SMM Ukraine in Twitter.

“In the “LC” is used the laser to “zaslepit” camera SMM in the Village of Lugansk. They’re hiding something?”, – said the OSCE.

This video was taken Wednesday, October 4. The footage recorded, as the laser beam was focused specifically on a camera mission.

Judging by the die on the video, the camera is mounted near the monument to Prince Igor, which is located near the village of Lugansk. The territory where a monument is under the control of militants “LNR”.