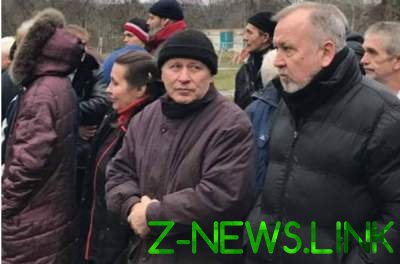 Last year he was sentenced to 15 years in prison.

66-year-old resident of Stanichno-Lugansk district, Luhansk region, who three years ago brought a bomb in a jar of honey to the checkpoint APU and for that he was sentenced to 15 years imprisonment, yesterday was transferred to fighters “LNR” in the framework of the exchange of prisoners.

In the attack a pensioner, one military was lost, three more got wounds.

After a successful attack this man in Feb 2015 trying to arrange another blast, but was caught by security forces.

“LC” in 2016 I wanted to exchange it for a Luhansk journalist Maria Maria Varfolomeyeva, but the Ukrainian side did not agree.