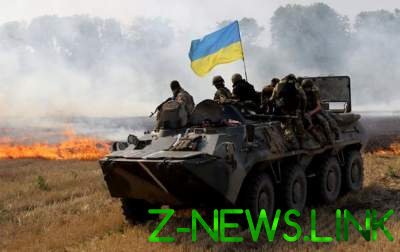 The operational situation in the ATO area remains difficult. Under the control of armed rebels continue to use arms against the Ukrainian defenders. Particularly active enemy violates the cease-fire in the evening and night.

So, at night, on the Lugansk direction the enemy has sharply increased the number of attacks. In particular, using mortars of caliber of 120 mm, rocket-propelled grenades and small arms invaders 4 times fired at the defenders of Novotoshkovskoye. Of the same armed Russian mercenaries have opened fire on our fortifications in the area of Travneve. Using infantry weapons, the militants also broke a truce near Trinity, Crimean, Zaitsev and Luhansk.

On Donetsk the direction from grenade launchers and small arms were several times fired on our positions in the suburbs of Avdeevka. Under enemy fire from 82-mm mortar rounds and small arms were the defenders of Marinka, near Mariupol Russian-terrorist forces recorded 5 min of caliber of 120 mm for the defenders of Pavlopol. In the same area under RPG fire hit the strongholds of the near Shirokino.

In General, over the past few days, fighters 33 times violated the truce. Members of the Armed Forces of Ukraine 23 times opened adequate return fire. As a result of enemy attacks on two Ukrainian soldiers were injured. 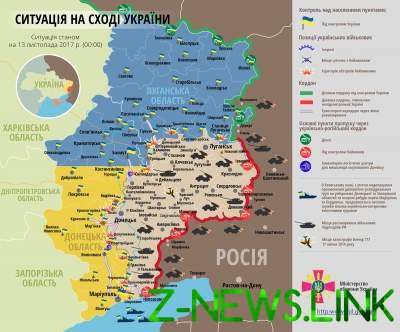