The militants gave the military body that disappeared during the fight 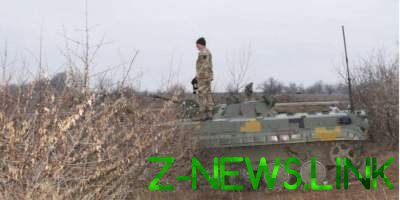 Marine Denis Kozma disappeared during combat near the village of mykolaivka in the Donetsk region.

Wednesday, may 8, the militants gave the Ukrainian side a body of the Ukrainian marine Dennis Kozma, who disappeared during combat near the village of mykolaivka in Donetsk region.

The disappearance of Kozma announced on 5 may 35 separate brigade of naval infantry.

“Under cover of fog, with the purpose of obtaining more favorable position, the enemy tried to quietly overcome the security zone opposite our positions near the village of Nikolaevka. Our brothers, who at that time were on duty at the observation post noticed the movement of the enemy and opened fire on the enemy, forcing him to retreat,” – said in EP. After this fight and disappeared Kozma.