Home / Video news / The militants forced a woman to spy on the Ukrainian military. Video

The militants forced a woman to spy on the Ukrainian military. Video 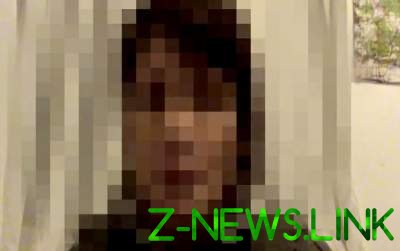 The woman was recruited by militants during a visit to the occupied territories.

Near the line of differentiation on Donbass I detained the woman, spying in favor of the Pro-Russian terrorist organization “LNR”.

As reported in the security Service of Ukraine, during the visit on personal business in the temporarily occupied territory it was invaded by militants who are threatening to persuade her to cooperate.

“She was charged on fabricated charges of preparing acts of sabotage against the “new Republic”. To remove the “allegations in the” action suggested the woman to return to controlled by the Ukrainian authorities of the territory of the Luhansk region and begin collecting information about the forces ATO”, – stated in the message.

See also:  In the video, the IG has identified Russian military prisoners

So, the woman was to hand the invaders information about the Armed forces of Ukraine, as well as the number of law enforcement agencies in the settlements of the Novoaydarsky area.

It is noted that the woman agreed to the demands of terrorists, and several times was reported to his supervisors obtained information.

“In the framework of criminal proceedings opened under part 1 article 258-3 of the Criminal code of Ukraine, the accomplice of the terrorists declared about suspicion in Commission of a crime. The court chose the measure of restraint in form of detention”, – added in SBU.